The study commissioned by the Foresight Centre shows that after the economic recession, the growth of production efficiency has slowed down in Estonia. It can be said that in comparison to the Nordic Countries, Estonia overinvests into equipment, and underinvests into human resources and research and development.

The growth of productivity has slowed down in Estonia. In 2009–2016, it was only 2%, which is significantly less than in 2001–2007, when it reached 6%. The downward trend is visible also in comparison with other European countries – after the economic crisis, countries like Lithuania, Ireland, Hungary, Turkey, Slovakia, Bulgaria, Poland and Romania have increased their productivity more than Estonia. In 2016, GDP per person in Estonia was 75% of the average of the European Union countries, but the hourly productivity of the Estonian labour force was only 63% of the EU average.

According to the study conducted by the researchers of Tallinn University of Technology under the leadership of Prof. Kadri Männasoo, the Estonian companies stand out among the companies of other EU countries by a large percentage of investments into equipment and a small percentage of investments into the training of people, development of management processes, computer software and research and development.

“69% of the investments of Estonian companies go into machinery, equipment, land and construction, and investments into intangible fixed assets that support innovation form under one third of total investments,” said expert of the Foresight Centre Mari Rell, who leads the research project on productivity. The West European countries with high productivity make large investments into assets, for example, in 2016, the percentage of such investments was 41% in the Netherlands, 42% in Denmark and 37% in Finland.

Investments have different impacts on productivity, the researchers point out. “In the earlier stage of economic development, the investments into equipment and technology promote growth, but during the next stage, the knowledge and skills of the people are the growth engine. In higher development stages, growth is stimulated by innovation based on research and development,” expert of the Foresight Centre Mari Rell explained.

The authors of the study suggest a unique value creation development model for reaching higher stages in the international value chains. The higher the position of a company in the value chain is, the more long-term and diverse financing model is required by the business model.

Kadri Männasoo, Professor of Economics at Tallinn University of Technology, emphasised that growth of value creation through purposeful investments into smart economy and society was of primary importance for Estonia. “Estonia passed its former competitors with swift gear changes and skilful manoeuvres, but in order to catch up with the leaders far ahead of us, it is necessary to keep the target in mind, and the speed sufficient and stable,” she added.

The study revealed that the Estonian companies monitor productivity, but do not consider the growth of productivity a priority. “The companies focus on the needs of present customers, and a broader view of today’s and future markets remains on the background. Capital-intensive investments into fixed assets that are initiated at the middle management level dominate in the investment patterns. In innovation, the emphasis is on process innovation, and also customer-centred product innovation,” Männasoo said. During the case study, it was found out that although employees were considered an important component of the business model, the prevailing approach regarded people as an input to production in the role of labour force, and not as carriers of knowledge and competences.

Overinvestment into tangible fixed assets may also be supported by the tax system that favours capital investments and imposes additional duties on human resources in the form of high labour taxes, or does not favour research and development.

The Foresight Centre is conducting a study project focusing on the developments of productivity with the aim of assessing the growth prospects of added value and analysing the potential sources for growth of productivity in the coming 10–15 years. The study “Do the Investments of Companies Contribute to Productivity?” was commissioned by the Foresight Centre and its authors are Kadri Männasoo, Mait Rungi, Heili Hein, Aaro Hazak and Helery Tasane from Tallinn University of Technology. The research project on productivity will be completed this autumn.

Full text of the study report and the summary can be read here (in Estonian): https://www.riigikogu.ee/arenguseire/tootlikkuse-uurimisprojekt/ 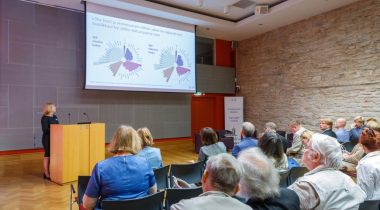