The corona pandemic has accelerated changes in the economic structure, says the Yearbook of the Foresight Centre, published next Monday. Many labour-intensive economic sectors are in trouble and social inequalities have deepened, having taken on new forms.

„The key trend is the acceleration of structural changes in the economy, as many fields have been plunged into a deep crisis while many others are seeing a business opportunity of the century,“ said the Head of the Foresight Centre Tea Danilov. „Riding the wave are those economic sectors and businesses that reap the benefits of trends connected to automation, digitalisation, and presence in virtual channels, as well as those that find new business opportunities in the green transition.“

Danilov names information technology and electronics as the most obvious sectors. „But we must also not forget the wood industry because wood as a sustainable material is increasing in popularity in construction as well as in the packaging industry. A new opportunity is the development of wood chemistry, which broadens the uses of wooden materials in pharmacy and textile industries, among others,“ she said.

The pandemic that has wreaked havoc around the world this past year, has provided another argument in favour of rapidly developing green energy to achieve higher self-sufficiency and lower dependency on imports. „We don’t have oil in Estonia, but we have every opportunity to produce green hydrogen and green methanol, renewable electricity, or other energy carriers and fuels to be used in future transport and industry,“ the Yearbook states.

„The financial and start-up sectors can also look towards the future with confidence, as the interests are set to remain low for a long time to come as a result of money printing, large amounts of money looking for investment opportunities, and the increased risk appetite of investors,“ said Danilov. „However, the hospitality, catering, travel, and entertainment sectors will contribute less to the economy than before. „The sectors with a gloomy outlook create 14% of the added value and employ 21.2%, i.e. more than one in five workers in Estonia.“

The Yearbook highlights the increasing stratification on the labour market. „The impetus for digitalisation means that low-skilled and, particularly, mid-skilled jobs will disappear at an increasingly quicker rate compared to the past. Unemployment in these segments is on the rise and we can observe a transfer to platform work and other forms of work with low social guarantees. The crisis amplifies inequalities in ownership because it is the labour-intensive, lower average salaried jobs that have been hit the hardest.“

Danilov warns that inequality will infiltrate the new forms of work on the labour market. „For example, in the unequal opportunities for telework, which is often impossible in the more unskilled jobs. So extending the use of telework can actually deepen social inequalities,“ she added.

The Yearbook of the Foresight Centre summarises the research results from 2020. It will be published on 15 March. 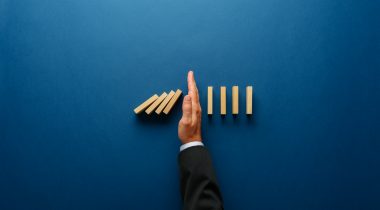