At present, the public sector of Estonia spends more than 100 million euro per year on long-term care, but during the next 50 years, the annual need for providing long-term care services may increase to nearly 900 million euro (if expenses are calculated on the basis of today’s level of prices and wealth), the OECD predicts. Estonia’s possibilities were discussed at the Foresight Centre web seminar “Long-term care: where to find the money for it?”, held on 3 June.

“22% of the people of Estonia help or take care of a person with a long-term health problem or disability, or an aged person,” Head of Research of the Foresight Centre Lenno Uusküla said. “In comparison with other OECD countries, Estonia contributes very little to long-term care – only 0.4% of GDP, while the average of the OECD countries is 1.7%. In order to reach an equal level, Estonia’s expenses on long-term care should reach 460 million euro per year.”

Uusküla pointed out that, in Estonia, nearly 80% of the costs for long-term care were borne by the persons needing assistance and their close ones. “People who need assistance and their families are experiencing difficulties already now, and with the ageing of the population, the deficit will increase even more,” he added. According to the estimation of the OECD from 2020, the need for financing long-term care in Estonia may rise to 3.3% of GDP in the coming 50 years, which at today’s level of wealth and prices would mean an expenditure of around 900 million euro.

Estonia’s possibilities for solving this task were discussed at the Foresight Centre web seminar “Long-term care: where to find the money for it?”, held on 3 June.

Participants of the discussion were:

One of the study projects of the Foresight Centre in 2021 is “The Future of Long-term Care”, which maps potential development scenarios on how to organise caring for people who need daily assistance in the most effective way in an ageing society. 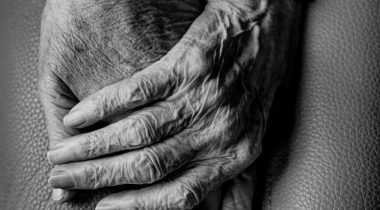