Large Chinese and US digital platforms are shaping the global technological frontiers. The American technological hegemony is increasingly challenged by China. Subsequently, technology issues have taken a central role in the disputes between China and the United States.

How is the current pandemic and economic crisis affecting these developments? Will US private platforms continue to dominate in the world? Will a two-bloc world emerge with scrambled geopolitics and splinternet where government platforms take the lead? Are there viable alternatives for these scenarios? How should Estonian and European policy-makers and businesses respond to these developments?

Martin Kenney is Distinguished Professor at University of California Davis and has been the Senior Project Director at the Berkeley Roundtable on the International Economy for the last two decades. He is also Editor of Research Policy, the world leading academic journal on innovation, and Senior Fellow at the Research Institute for the Finnish Economy. His scholarly interests are in understanding the interplay between technology, academic institutions, finance, and competition in capitalist economies and how these dynamics affect people and places. He published a numerous books such as Understanding Silicon Valley (Stanford 2000), Locating Global Advantage (Stanford 2004), Public Universities and Regional Growth (Stanford 2015 translated into Chinese for Tsinghua University Press), and China’s Innovation Challenge (Cambridge 2016 translated into Chinese for Beijing University Press) and approximately 170 scholarly articles.

Kai Jia is Associate Professor at the School of Public Affairs of University of Electronic Science and Technology of China. His research has compared internet architecture of China with the US, he has studied regulation of internet as well as code-based governance of Bitcoin. His research has been published by Journal of Law and Technology, Comparative Economic and Social System, Emerald and other publishers. He has been Fulbright Visiting Scholar at the School of Law at University of California, Davis. He defended his Ph.D. at the School of Public Policy and Management of Tsinghua University and his M.E. at the Institute of Computing Science at the Chinese Academy of Science.

Ravi Shankar Chaturvedi is the Associate Director of Research and Doctoral Research Fellow for Innovation and Change at Fletcher’s Institute for Business in the Global Context (IBGC) where he leads the Digital Planet research program. He is the co-author of the third most read Harvard Business Review article in 2015, “Where the Digital Economy is Moving the Fastest”. His research interests are in the thematic areas of the global digital economy, inclusive business, and technology for good.Chaturvedi has extensive experience in emerging markets, strategy and business management, and the payments industry. He served as a Member of the Advisory Group for the Estonian Government’s e-Residency. Prior to Fletcher, Chaturvedi was the Head of Portfolio and Products for the Middle East and North Africa region at American Express. He also worked in various capacities in parts of Asia for a decade with organizations such as Standard Chartered, HSBC, and Hewlett Packard.

Andrei Korobeinik is a Member of the Estonian Parliament and Deputy Chairman of Centre Party’s Parliamentary Faction. He is a computer programmer and an entrepreneur, founder of several successful start-ups. He is the creator of Estonian social networking site Rate.ee which was sold in 2006 in the first successful start-up exit in Estonia. He is also an angel investor in several internet start-ups. Andrei Korobeinik is the winner of 2008 British Council’s International Young Interactive Entrepreneur Award and has been a member of Estonian Dragon’s Den jury.

Merle Maigre is the Executive Vice President for Government Relations at CybExer Technologies, an Estonian firm that specializes in providing governments, international organizations and companies with cyber training environment and sophisticated, large-scale cyber security exercises. 2017- 2018 Merle Maigre served as the Director of the NATO Cooperative Cyber Defense Center of Excellence (CCDCOE) in Tallinn. During 2012 to 2017, she worked as the Security Policy Adviser to Estonian Presidents Kersti Kaljulaid and Toomas Hendrik Ilves. In this capacity, she was the President’s chief advisor on domestic and international security issues, including cyber defence developments and challenges. From 2010-2012 Merle Maigre served at NATO HQ in the Policy Planning Unit of the Private Office of NATO Secretary General Anders Fogh Rasmussen.

Meelis Kitsing is Head of Research at Foresight Centre and Professor at the Estonian Business School. Meelis worked as an Adviser at the Strategy Unit of the Estonian Cabinet Office and Head of Economic Analysis at the Estonian Ministry of Economic Affairs and Communication. He also served as the President of Estonian Economic Association. Meelis’s current research interests focus on political economy of digital ecosystems. His research has been published by Springer, IEEE, ACM, Leuven University, MIT Press and other publishers. He has conducted research and taught at numerous universities in Europe and in the United States. Meelis earned his PhD from the University of Massachusetts Amherst (US), his MALD as a Fulbright scholar from the Fletcher School at Tufts University (US) and his MSc as a Peacock scholar from the London School of Economics (UK). Prior to his academic pursuits, he worked for multinational companies and served as a City Councillor of Tallinn. 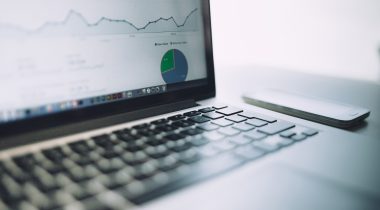