The COVID-19 pandemic has the potential to disrupt energy systems around the world. While much has been said and written about the immediate to medium-term impacts from the virus, this webinar will take on the daunting task of discussing the energy outlook for 2040 and beyond.

How will the crisis impact energy transition in the long run? Speakers with expertise on different geographic regions will share their insights with listeners.

Dr. Anna Ebers Broughel is a renewable energy economist at Tetra Tech with a decade of experience in energy and environmental policy analysis. Her most recent research reviewed over 60 international energy scenarios for 2040 and beyond, developing four main scenarios for what post-COVID19 energy systems will look like. Prior to joining Tetra Tech, Dr. Ebers worked at the U.S. Department of Energy as a Science and Technology Fellow. During her post-doctoral training at the University of St. Gallen in Switzerland and at the University of Maryland, College Park, she researched social acceptance of wind energy and other energy technologies. She holds a PhD in economics and policy from the State University of New York in association with Syracuse University, where she was a Fulbright scholar. Currently, she serves as a council member for the U.S. Association for Energy Economics and is a non-resident fellow at the University of Texas at Austin. In the past, Dr. Broughel has taught classes in energy policy and climate change as an adjunct professor at the University of Maryland, College Park.

Dr. Fan Dai  is Director of California-China Climate Institute at the University of California, Berkeley. Dr. Dai has played a significant role leading California’s collaboration with China on climate, energy and environment. She was appointed by Governor Edmund G. Brown Jr as Special Advisor on China. Under Brown, Dr. Dai chaired the state’s China Interagency Working Group, and acted as the state’s liaison on its critical economic and environmental initiatives on China. Previously, Dr. Dai served as senior advisor at California Environmental Protection Agency and California Governor’s Office of Business and Economic Development, advising on the state’s international policy and global climate partnership. In 2017, she organized Governor Brown’s trip, which resulted in a successful meeting with President Xi Jinping and the commitment to establish the California-China Climate Institute. Dr. Dai is a graduate of Berkeley Law, University of California, and holds a doctoral degree on Environmental Policy and Economics from State University of New York. Her research has been focused on market mechanisms for climate change mitigation, energy efficiency and innovations.

Prof. Dr.  Franziska Holz is Deputy Head of the Department Energy, Transportation, and Environment and coordinates the research area resource and environmental markets in the department. Her research deals with international natural gas, coal, and oil markets. She focuses on the interaction of these markets with climate policies and uses numerical equilibrium models. Franziska is also an Adjunct Professor at the Norwegian University of Technology in Trondheim (NTNU) in the Energy Transition Programme. She was the Professor of Governance of Energy and Infrastructure at the Hertie School of Governance in the academic year 2015/2016. Franziska studied Economics at Paris 1 University Panthéon-Sorbonne (1998−2003). She obtained her PhD in economics in 2009 from TU Berlin.

Nicholas Trickett is a consultant with the natural resources research consultancy Wood Mackenzie. He has an M.A. in Russia/Eurasia Studies from the European University in St. Petersburg and an MSc in International Political Economy from the London School of Economics. Before joining Wood Mackenzie, he spent 3 years as an analyst of political economy and foreign policy of Russia and the Post-Soviet Space, with a focus on oil and gas politics and infrastructure and trade. He was previously editor-in-chief of the Foreign Policy Research Institute’s Bear Market Brief, a daily newsletter covering Russian politics and business news, before joining WoodMac.

Meelis Kitsing is Head of Research at Foresight Centre and Professor at the Estonian Business School. Meelis worked as an Adviser at the Strategy Unit of the Estonian Cabinet Office and Head of Economic Analysis at the Estonian Ministry of Economic Affairs and Communication. He also served as the President of Estonian Economic Association. Meelis’s current research interests focus on political economy of digital ecosystems. His research has been published by Springer, IEEE, ACM, Leuven University, MIT Press and other publishers. He has conducted research and taught at numerous universities in Europe and in the United States. Meelis earned his PhD from the University of Massachusetts Amherst (US), his MALD as a Fulbright scholar from the Fletcher School at Tufts University (US) and his MSc as a Peacock scholar from the London School of Economics (UK). Prior to his academic pursuits, he worked for multinational companies and served as a City Councillor of Tallinn. 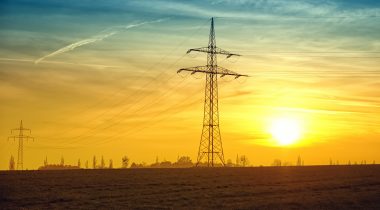