Chairman of the Defence Committee of the Eduskunta Ilkka Kanerva said that Estonia was one of the closest cooperation partners for Finland, and close contacts both in bilateral and in regional formats had lasted for a long time.

At the sitting, both Estonia and Finland shared their experiences in the Northern Group and the Joint Expeditionary Force Co-operation (JEF). The coalition was formed in 2014, and its members are the United Kingdom, Estonia, Latvia, Lithuania, Finland, Sweden, Norway, Denmark and the Netherlands. Presentations were made by Director of the Policy Planning Department of the Estonian Ministry of Defence Tuuli Duneton and Deputy Director General of the Department of Defence Policy of the Finnish Ministry of Defence Janne Kuusela.

The next joint sitting of the two committees will be held in autumn, probably in Finland. 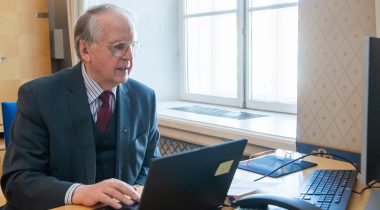