Today and tomorrow, members of the Estonian Delegation to the Baltic Assembly (BA) and the National Defence Committee of the Riigikogu (Parliament of Estonia) will attend the meeting of the BA Security and Defence Committee in Riga. The meeting will focus on cross-border cooperation and fight against organised crime in the Baltic States.

Member of the Estonian Delegation to the Baltic Assembly Anti Poolamets pointed out that the hybrid attacks of Lukashenka’s regime on Latvia, Lithuania and Poland were currently one of the most important foreign policy issues for the security of the Baltic States. “No workable solutions have yet been found for the activities on the border between Belarus and the European Union. The meeting of the BA Security and Defence Committee will discuss joint solutions that would ensure security and stability in the region,” Poolamets said.

He added that the cooperation of the Baltic States in the fight against organised crime was also an important topic that would be discussed. “Organised crime is considered one of the main security threats to the people of the European Union, besides that, the number of organised crime groups is growing in the region. We will discuss how to stop criminal activities through enhancing our cooperation,” Poolamets explained.

Chairman of the National Defence Committee of the Riigikogu Enn Eesmaa said that one of the issues on the agenda of the meetings in Riga would be drafting a plan for effective border control in the Baltic States in crisis situations. Establishing of the early warning procedure for closing of the borders of the Baltic States, which will reduce the risk of uncoordinated activities and ensure the continuation of the daily life of the citizens in border regions, will also be spoken about. “At the meeting, we will also hear the reports of the representatives of Governments on the implementation of the recommendations of the BA in the areas of security threats, preparedness of society to respond to crises, and cross-border cooperation with Poland,” Eesmaa added. 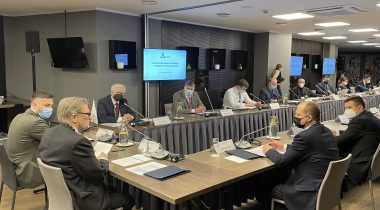