Vice-President of the Riigikogu Taavi Rõivas said at Kyiv Security Forum that the security of Europe had to be integral, and we should support Ukraine unconditionally.

“The vote at the European Parliament yesterday, which supported a visa-free regime for Ukrainians travelling to the European Union with a great majority of votes, is a big step forward for Ukraine. But Ukraine, which suffers under the aggression of the Russian Federation, still needs our support,” Rõivas said.

“Russia does not respect international law, and undermines united, free and peaceful Europe, using both traditional methods and methods of hybrid warfare. There can on be only one solution to the conflict – a solution that respects the sovereignty and territorial integrity of Ukraine.”

Rõivas said that Ukraine still had a long way to go in carrying out the reforms, including the fight against corruption, but he emphasised that cases of corruption should not become a pretext for not supporting Ukraine.

“We need an aid package that is like the 21st century Marshall Plan, targeted towards results and with a clear time frame. The creation of such an aid package would give the people of Ukraine an even stronger message that they have not been forgotten, they are not alone,” Rõivas added. 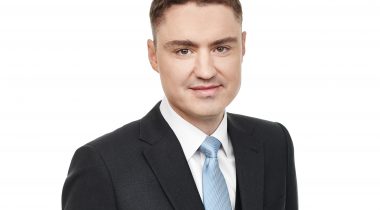