The delegation helps to carry out the main tasks of the NATO Parliamentary Assembly, which include:

Estonia became an associate country of the NATO Parliamentary Assembly in October 1991, and a full member of NATO on 29 March 2004.

The North Atlantic Treaty Organisation or NATO is a military alliance based on the North Atlantic Treaty or Washington Treaty which was signed on 4 April 1949. NATO had 12 founding members: Belgium, Canada, Denmark, France, Iceland, Italy, Luxembourg, Netherlands, Norway, Portugal, Great Britain and USA. Now NATO has 30 members. In addition to delegates from NATO member countries, delegates from 11 associate countries, the European Parliament, 4 regional partner and Mediterranean associate countries, as well as 8 parliamentary observer delegations and 2 inter-parliamentary assemblies also take part in its activities. The highest body of NATO is the North Atlantic Council, which is headed by the Secretary General.

The Plenary Session of the Assembly, where more than 250 delegates from NATO countries participate, meets twice a year, in spring and in autumn. The headquarters of the NATO Parliamentary Assembly is located Brussels.

The aim of the NATO Parliamentary Assembly is to protect pluralist democracy and human rights, and also to ensure the security of the trans-Atlantic space and fight against international terrorism. The Secretary General of NATO gives an overview of the activities and objectives of NATO at the spring and autumn session. 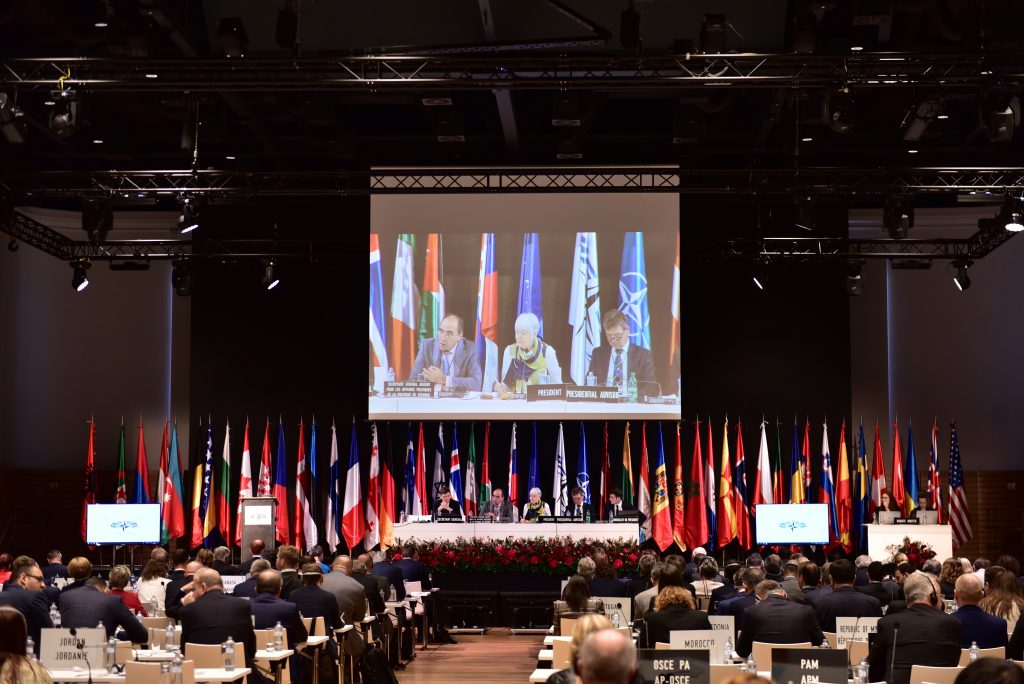 The NATO Parliamentary Assembly has five committees that cover the areas which are relevant for NATO member states:

The head of the NATO Parliamentary Assembly is the President. Besides him, Vice-Presidents, the Treasurer and the Secretary General form the leadership of the Assembly.