The Estonian Conservative People’s Party Faction in the 14th Riigikogu has 19 members. 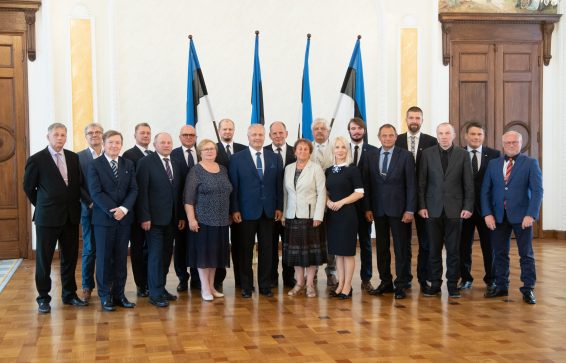 The Estonian Conservative People’s Party aims to ensure the independence and sovereignty of Estonia, and to carry out the interests of the Estonian nation and state. The political basis of the party is a rule of law founded on democracy and the separation of powers.

The Estonian Conservative People’s Party is the third largest political party in Estonia in terms of membership. As at January 2021, the party has 9000 members.

The fundamental values of the Estonian Conservative People’s Party are the following:

• the vitality of the Estonian values, founded on support for the language, culture, education, family, traditions and national economy
• participation society of equal opportunities, where open, honest and democratic governance ensures an opportunity for self-realisation and political involvement to every citizen
• socially and regionally balanced development and welfare that is ensured by a fair and strong government carrying out a caring and knowledge-based policy and developing an ecologically sustainable living environment.

• To increase the wealth of the people
• To improve the availability of medical care and to reduce treatment waiting lists
• To reduce electricity network charges and renewable energy charges
• To establish a limit on the import of foreign labour, in order to favour an increase in salaries in Estonia
• To restrict the sale of land and forest to foreigners, so that Estonians would remain in charge in their land
• To facilitate the remigration of Estonians
• To ensure the preservation of schools close to home all over the country
• To legalise the right to referendum, in order to make governance more democratic
• To strengthen national defence, and to restore militarised border guard and more effective border control
• To increase the funds allocated by the state to research and development
• To repeal the Registered Partnership Act, and to constitutionally define marriage as a union between a man and a woman