The Anti-Corruption Select Committee of the Riigikogu presented proposals concerning the organisation of political parties financing surveillance and the associated legislation to the Government.

Chair of the Select Committee Eduard Odinets explained that the financing of political parties and the relevant surveillance had been topical for the 14th Riigikogu, among other things because of violations of the rules for financing political parties. This was the reason the Committee had decided to turn to the Government.

In their communication, the Select Committee underlines that, in the political parties surveillance, the ways of covert funding should also be focused on at the legislative level. Considering that municipal council elections will be held already this October, the Select Committee considers it necessary that such a Bill should be drafted and submitted for the legislative proceedings of the Riigikogu as a matter of urgency.

The communication of the Select Committee has been drafted on the basis of the reports of its public sitting of 15 March. The sitting was attended by Minister of Justice Maris Lauri and representatives of the Ministry of Justice, Political Parties Financing Surveillance Committee and Transparency International Estonia. 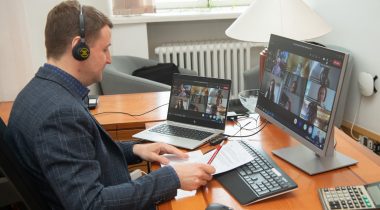