It constitutes a breach of international law, political commitments and a disregard for fundamental human rights;

strongly condemn the continued state-sponsored instrumentalisation of irregular migration    artificially created by the Belarusian regime as part of hybrid operations against Poland, Lithuania, Latvia and the EU for political purposes;

call upon the international community, especially the countries of transit and origin, to strongly oppose these actions, to take the necessary steps to stop the authorities in Belarus from forcing migrants to   illegally cross the EU border and to hold the Belarus regime accountable for these violations;

condemn the actions of the illegitimate Lukashenka regime which result in preventing the delivery of humanitarian aid offered by neighbouring countries to migrants gathered and held by the Lukashenka regime in areas adjacent to the border;

call for the prompt implementation of the new package of sanctions agreed upon during the meeting of Foreign Ministers of the Member States of the European Union, targeting persons and entities involved in and contributing to activities of the Lukashenka regime aimed at facilitating illegal crossing of the external borders of the Union. Instrumentalisation of migrants for political purposes cannot be tolerated. If it will continue the European Union should consider further restrictive measures against Belarusian regime in line with its gradual approach;

underline that the responsibility for normalizing the situation at the border rests squarely with the illegitimate regime of Alexander Lukashenka, while the EU and its Member states should continue to be guided by the joint decisions and political stance adopted by the European Council and the Foreign Affairs Council;

are firmly convinced that there is an urgent need to adapt the EU acquis to the new realities in order to ensure strong protection of the EU external border and provide effective measures to prevent illegal border crossings. Therefore, we look forward to the proposals of the European Commission to adapt the EU’s legal framework with specific measures and adequate financial support to improve border security thus bolstering EU’s external frontier.” 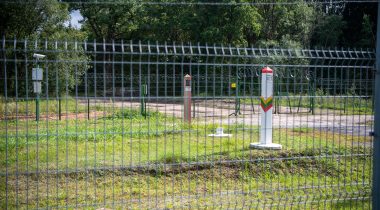