The case of Delfi AS, which had been discussed in the Court of Human Rights and concerned the liability of the Internet news portal for user comments posted online, and the amendment that had entered into force in Russia and allows the Russian Constitutional Court to declare a ruling of an international court impossible for implementation if it contradicts the Constitution of Russia were also spoken about at the meeting.

Today Raimondi also met with the President of the Republic Kersti Kaljulaid, and tomorrow he will attend the Estonian Lawyers’ Days in Tartu. 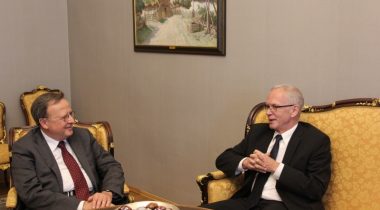