The visit will begin with the meeting with President of the Parliament of Montenegro Aleksa Bečić. After that, the Estonian delegation will meet with Prime Minister of Montenegro Zdravko Krivokapić and President Milo Đukanović.

Main topics to be discussed at the meetings are the enlargement of the European Union, the current situation in West Balkan, the defence cooperation in NATO, the hybrid attack launched by the Belarusian regime on the eastern border of the European Union and the relations with Russia, as well as strengthening of bilateral parliamentary relations and perspectives of cooperation, in particular in the digital sector. 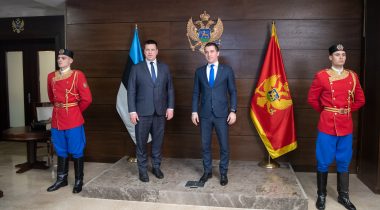