At its today’s sitting, the Constitutional Committee of the Riigikogu (Parliament of Estonia) decided that including Easter Monday among public holidays needed further discussion. Chairman of the Committee Marko Pomerants considered it necessary to convene the representatives of factions in the beginning of the autumn session in order to adopt a common position on this issue.

“As there are different opinions in the Riigikogu on making Easter Monday a public holiday, we still have to work on achieving clarity. There is also a proposal that additional holidays should not be added into the calendar, but Easter Monday could still be celebrated in Estonia. The Constitutional Committee did not support giving an extra holiday when a public holiday coincides with a weekend,” Pomerants said.

Jaak Madison added that Easter Monday was a public holiday in most member states of the European Union, and he did not see any reason why it should not be so also in Estonia. Giving a day off on a working day when a national holiday falls on a weekend deserves additional discussion in Madison’s opinion, and in that issue, too, much could be learned from other countries.

The collective proposal initiated by Urmas Ambur “Let’s Add a Public Holiday. Let’s Add a Day of Rest When the National Day or a Public Holiday Coincides with a Weekend” has collected more than a thousand signatures. The purpose of the proposal is to make the first working day after a holiday that coincides with a weekend a holiday, and to declare Easter Monday a public holiday.

Pursuant to the Public Holidays and Days of National Importance Act, there are 11 public holidays in Estonia. They are: New Year’s Day, Good Friday, Easter Sunday, May Day, Pentecost, Victory Day, Midsummer Day, Day of Restoration of Independence, Christmas Eve, Christmas Day and Boxing Day. Besides that, the Act provides for one national day, the Independence Day and anniversary of the Republic of Estonia. 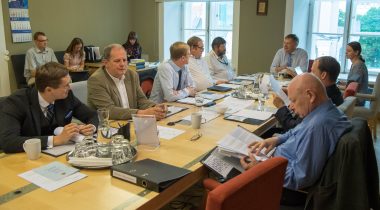