The Economic Affairs Committee heard the presentation of MP Maris Lauri on the Development Fund and discussed various paths for the continuation of its work.

The common consensus was that the Fund could not continue its work in its current format and that changes were needed. The Committee decided to turn to the factions and the Government in order to consider handing the investment portfolio of the Fund to the financing institution KredEx, and handing the government initiative Startup Estonia to Enterprise Estonia.

The issue of monitoring brought on a broader discussion. There was an opinion that the Fund should not elaborate development plans for ministries. The Committee also discussed whether and how Estonia’s long term development should be monitored.

“The Development Fund has worked and continues to work with issues and topics that are very important for Estonia,” Lauri said. However, it is yet to be solved whether these activities should not be covered in a different sector of the state apparatus and whether the work of the Fund has been organised in the best possible way. Lauri cited a weak connection between the investments of the Fund and the direction of the monitoring as one of the deficiencies.

Lauri said that a more general context of the efficient functioning of the state must be taken into account when deciding the future of the Development Fund.

Lauri rates the activities that are connected to the Development Fund investments as mostly successful, although considering their close connection to other national support measures for businesses, the investment unit of the Fund should logically not be administered by the parliament but the Minister of Entrepreneurship, for example.

The Chairman of the Committee Toomas Kivimägi sees one possible solution in handing the investment portfolio of the Fund over to KredEx who has the relevant competence. It is also possible to transfer the activities related to investments to Enterprise Estonia.

The possible locations proposed for the monitoring unit included the Development Fund itself, the Government Office, departments in various ministries, the Chancellery of the Riigikogu, Enterprise Estonia and the Academy of Sciences.

In her presentation, Lauri said that the monitoring of the Fund has become more practical in nature over the past years, with obstacles and problems of development taken under scrutiny. “This gave us the input for taking the first steps in planning the future activities of the Development Fund but also in improving and developing the business environment in general,” Lauri said, adding that the Fund had started to accept commissions from ministries.

According to Lauri, one of the problems with monitoring is that although it was the parliament who established the Fund, it has not commissioned a single monitoring or asked a guided question since. 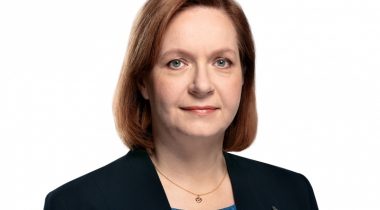