According to the 2018 report of the European Court of Auditors, the Union’s revenues as a whole were legal and regular, and were not materially affected by errors. The estimated level of error in expenditure from the 2018 European Union budget was 2.6%, which is within the range of error estimates for the last two years.

Chair of the European Union Affairs Committee Anneli Ott said that generally the payments of 2018 had been regular, but the Court of Auditors was once again drawing attention to the range of error in high-risk cost reimbursements in member states. “This concerns the payments about which it has later found out that the payments made did not meet the rather complex eligibility rules,” Ott explained. She added that direct aid payments to farmers had been free of material error.

However, for the third year in a row, the Court of Auditors issues a qualified opinion on payments. There are problems with cost reimbursements in areas with higher level of error, like research and development aid projects and investments in regional and rural development. The area of cohesion was affected by material error, mainly due to the reimbursement of ineligible costs and infringements of internal market rules. The Court of Auditors also found errors in research expenditure, where the beneficiaries had overdeclared personnel costs, other direct costs, overheads and ineligible subcontracting costs.

The joint sitting of the Committees will be streamed online. 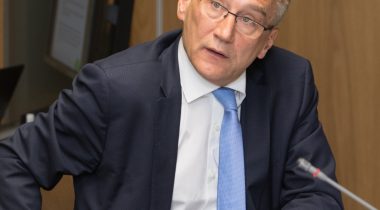