Chairman of the Foreign Affairs Committee Marko Mihkelson emphasised at the meeting that Estonia wanted to keep the unity of all 27 Member States of the European Union and preserve close and friendly cooperation relations between the United Kingdom and the European Union.

“We have a clear common position on the issues that should be negotiated first,” Mihkelson said, keeping in mind particularly the rights of citizens and the budget of the EU.

At the moment, around 1.2 million Brits are living in other Member States of the EU, and around 3.2 million citizens of the EU live in the United Kingdom. The obligations the UK has assumed within the framework of the current financial perspective until 2020 form 16 percent of the budget of the EU.

In reply to the question of Chairman of the European Union Affairs Committee Toomas Vitsut on how Estonia as the Presidency country can contribute to the success of withdrawal negotiations, Barnier said that the Estonian Presidency had a key role in the negotiations process, because Estonia would chair the meetings of the General Affairs Council and the work of COREPER or the Committee of Permanent Representatives.

At the meeting, Barnier introduced the timetable of the negotiations, according to which the first stage of the talks would start on 19 June. The aim is to reach an agreement on the principles of the rights of citizens and financial and border issues by the end of this year, when the Estonian Presidency of the Council of the European Union will also end. According to the timetable, the withdrawal agreement should enter into force in spring 2019.

The Chief Negotiator emphasised the need for transparency and involving of the public, fair competition terms and legal clarity as the fundamental principles of Brexit negotiations. In his opinion, the United Kingdom also needs the unity of the Member States, because the withdrawal agreement has to be approved by 27 Member States.

“The unity of the European Union is important,” Barnier emphasised. “At the negotiations we will first of all focus on the rights of citizens and the financial obligations of the UK. There will be no aggressiveness at the negotiations, but it is clear that the UK has to respect its commitments and the whole process has to be balanced.”

As regards the contents of the negotiations, Barnier stressed ensuring the rights of the citizens. He considered it important that in the light of Brexit, the citizens should be told what was positive in the EU, and what a Member State would lose by withdrawing from the EU. 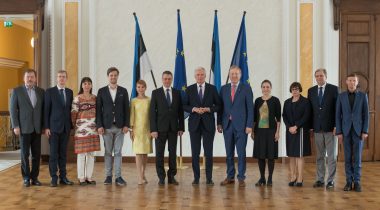