The Chairman of the EUAC Anneli Ott said that it was important for Estonia that the trade relations between the European Union and the USA remained free of stress and that strong trade partners would cooperate in reforming the World Trade Organization (WTO). “For a small country like Estonia, clear global trade rules are very important. The e-trade rules of the Organization are in dire need of updating and our digital state does everything in its power to support smoother internet trade, so that small businesses would also be able to break into the global market with their products,” Ott said.

The Deputy Chairman of the EUAC Riina Sikkut highlighted the European Commission proposal to increase the scientific research and innovation framework programme Horizon Europe to 100 billion euros during the new budgetary period. She pointed out that Estonian researchers have so far been highly successful in participating in the Horizon framework programme. “Our researchers have found that lively international scientific cooperation is one of the guarantors of viability. This improves the quality and visibility of our research institutions, while transnational cooperation generates new ideas and improves information exchange in different fields of research,” Sikkut added.

The COSAC agenda includes the perspectives on international trade relations within the Community and future relations with the United Kingdom, the European Education Area as a driver for common market, innovation based economy, and the role of the national parliaments in supporting the “new economy”. The Prime Minister of Romania will report on the results of the European presidency.

The Plenary Meeting of the COSAC is taking place in Vienna on 24–25 June. Other participants from Estonia are Tarmo Kruusimäe, Anti Poolamets and Urve Tiidus. 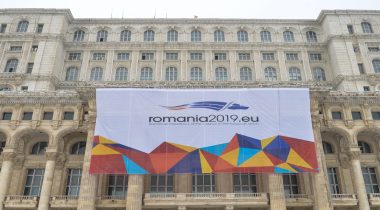