Today the European Union Affairs Committee of the Riigikogu (Parliament of Estonia) supported the positions of the Government on the proposals regarding the deepening of the Economic and Monetary Union (EMU). The European Union Affairs Committee is of the opinion that it is in the interests of the future of the EMU to guarantee good cooperation between all 28 Member States of the EU.

It is important to involve all Member States and avoid creating of special processes within the framework of the euro area first of all in harmonising labour and social policies and strengthening accountability, and in the labour market issues.

Chairman of the European Union Affairs Committee Kalle Palling said that all Member States of the EU should be taken into account when developing the Economic and Monetary Union and it was necessary to avoid fragmentation inside the euro area. “We support improving the unity, capacity for development, and competitiveness of the European Union and making the functioning of the Union more efficient. For Estonia, it is important to strengthen the four fundamental freedoms – the free movement of people, goods, capital and services,” Palling said, and added that in the issues concerning the Economic and Monetary Union, several Estonia’s positions coincide with the reform proposals of the United Kingdom.

The European Union Affairs Committee is doubtful about the proposal on establishing national competitiveness boards. “Creation of separate competitiveness boards would bring along administrative expenses and doubling, which in its turn would make passing reform decisions longer,” Palling said.

It was also proposed to establish an advisory European Fiscal Board, and it was also considered necessary to have more a more unified representation for the euro area in the International Monetary Fund. 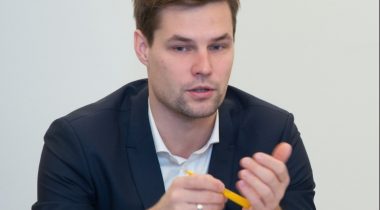