The Chairman of the European Union Affairs Committee, Kalle Palling, gave a presentation to Romanian opinion leaders today at the Bucharest innovation conference. The presentation covered the Estonian experience with the sharing economy, and urged Romanians to be open to new business models and new forms of enterprise.

In his presentation, Mr Palling focused on the innovative ways to boost growth that are provided by a sharing economy. “The ‘sharing economy’ is a growing form of enterprise which is spilling into an increasing number of markets, offering consumers vastly expanded choices and encouraging entrepreneurship,” said Palling.

According to Palling, a sharing economy also provides opportunities for micro-entrepreneurship, thus increasing the State’s tax revenue. He added that sharing environmental protection aspects – saving of materials and other resources – are inherent in a sharing economy.

The key to the sharing economy is in technology, which helps economy become smarter and more flexible. Palling stressed that legislation should facilitate changes, rather than standing in their way. Palling also said that Estonia could become the first EU Member State to legitimise sharing transport this year by amending the Public Transport Act.

“The Estonians’ positive attitude towards a sharing economy results from our history – after regaining our independence we decided to focus on the solutions offered by digital technology, such as e-Voting, e-Taxes or e-Residency,” said Palling, adding that Estonia has successfully connected different generations and created links with the world across many borders. He also called on Romanians to apply for an Estonian e-Residency.

Palling is on a two-day visit to Romania. Yesterday, he met with Ana Birchall, President of the Romanian Senate Committee for EU Affairs, to discuss the migration crisis and the EU Neighbourhood Policy. The parties acknowledged that while visa liberation with Georgia and Ukraine is supported in the context of the Eastern Partnership, the priorities of the South are focused on the fight with terrorism and radicalisation.

Palling said that the European Union must also support Lebanon and Jordan in order to enhance their resilience in dealing with the migration flows driven by the Syrian crisis. He acknowledged that while the peak of the refugee crisis may be behind us, thanks to the agreement with Turkey to return illegal immigrants, the EU should consider similar agreements with countries of North Africa to prevent a further mass flow of migrants.

This afternoon, Palling will meet with Mihai Lupu, Chairman of the Committee for Economic Policy, to discuss the legitimization of the sharing economy in Estonia and the common European energy policy. 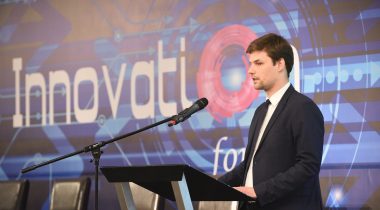