On Thursday, the European Union Affairs Committee of the Riigikogu (Parliament of Estonia) will start discussing the EU action plan for migration in order to shape Estonia’s positions.

The purpose of the agenda presented by the European Commission is to stabilise the situation in the Mediterranean and to ensure even distribution of persons in need of protection between the Member States of the EU.

“The European Union Affairs Committee will shape Estonia’s position on the new European migration policy when the European Commission has presented the proposal for a relevant EU legislative act and the Government has approved its positions in regard to the draft. We will start with the discussion early in order to be ready to deal with the necessary legal acts,” Chairman of the European Union Affairs Committee Kalle Palling said.

Palling added that as the Estonian legislation does not provide for the resettlement of refugees, it was necessary to discuss how to shape the relevant procedure in Estonia. The need for adapting Estonia’s legislation will also depend on the measures offered by the European Commission.

Dear journalists! It will be possible to make interviews after the sitting, at about 11.15 a.m., in the Conference Hall of the Riigikogu. 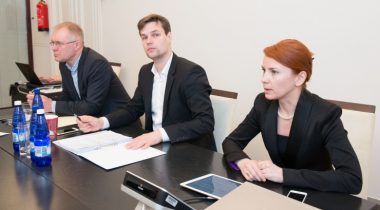