The Riigikogu approved the next year’s state budget. The volume of the budget is 8.9 billion euro, which is 4.2 percent or 358 million euro more than the state budget for 2015.

The Chairman of the Finance Committee Remo Holsmer gave an overview of the discussions that had been held in the Committee. “During the third reading, the Finance Committee supported the motions to amend the state budget in the total amount of 6.7 million euro. The Committee supported allocating 200,000 euro to support the ferry traffic. The Finance Committee also supported the motion to amend the state budget submitted by the Government, according to which 5.6 million euro will be allocated for educational expenses. This budget amendment will contribute to the increasing of the salaries of teachers by about 6 percent next year. Besides that, additional 4.4 million euro will be directed to the financing of research and development activities and the innovation programme next year,” Holsmer said.

Holsmer said that government sector investments would be of significant importance for supporting economic growth next year. “In next year’s state budget, such investments, and also investment subsidies, will increase by 22.5 percent in comparison to this year, and will amount to 480 million euro. Economic growth will also be promoted through the valuing of education. A total of 307 million euro will be directed to the building and reconstruction of roads and road management, which is 22 million more than this year,” the Chairman of the Finance Committee said.

Holsmer also pointed out several tax changes on which the state budget is based. “Besides increasing the basic exemption to 170 euro per month, the basic exemption of pensions will also be increased, to 225 euro per month. Child benefit will be increased to 50 euro, and to 100 euro for families with three and more children. The budget provides for a 4 percent rise in the salary fund of teachers, culture workers and social workers, police officers and other internal security officers,” Holsmer explained. A longer-term aim is to raise teacher’s salary to 120 percent of the average salary in Estonia. In comparison to this year, the pensions will grow and more money is allocated to health care. The exemption rate of the daily allowance for assignments abroad will grow from 32 euro to 50 euro in private sector. The deduction of training expenses will be restricted, the maximum rate of deductions from the income tax of natural persons will be reduced from 1920 euro to 1200 euro, and 80 percent of the income from rent will be taxed.

The tax burden is nearly balanced, i.e. 33.4 percent of GDP. This also includes a 0.3 percent reduction in the percentage of labour force taxes. The average salary should increase by 4.5 percent, or to EUR 1,096.

Representatives of factions Kadri Simson, Andres Ammas, Priit Sibul, Martin Helme, Andres Anvelt and Remo Holsmer, who took the floor during the debate, presented their positions and opinions of the next year’s budget. 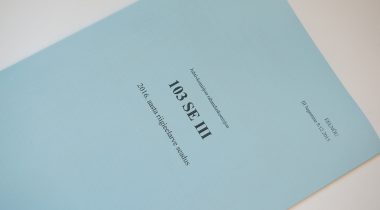