Mihkelson said that the meeting would focus on the security of the Baltic region and the defence cooperation between the European Union and NATO. Hybrid influencing and international cooperation in the fight against it will also be discussed.

The Chairman of the Foreign Affairs Committee underlined the importance of parliamentary cooperation. “Maintaining the unity and the strong and lasting cooperation of the Nordic Countries and the Baltic States is crucial, considering the security of our region. International challenges and threats will not grow less, on the contrary,” Mihkelson emphasised.

The Nordic and Baltic chairs of foreign affairs committees meet twice a year to discuss the current regional and international topics. Chairs of the Foreign Affairs Committees of the Parliaments of Finland, Sweden, Norway, Iceland, Denmark, Estonia, Latvia and Lithuania have been meeting regularly since 2003. 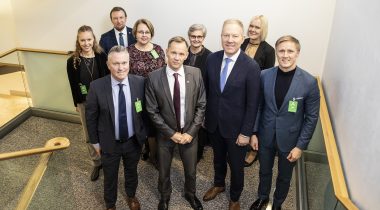