At the seminar held today at the Conference Centre of the Riigikogu (Parliament of Estonia), the Foreign Affairs Committee of the Riigikogu will discuss proposals for strengthening the Estonian Foreign Service.

The seminar will start at 11 a.m., and it will be streamed online.

Secretary General of the Ministry of Foreign Affairs Rainer Saks and Researcher of the International Centre for Defence and Security Kalev Stoicescu will deliver reports. The reports will be followed by a debate.

“Security policy is and will be the centre of gravity for the Estonian foreign policy, but in the coming years, foreign trade has to become a priority of equal importance for the Foreign Service,” Mihkelson emphasised one of the recommendations. “The state can and must support private sector by contributing together with it more resources into research and development, should promote mostly the export of Estonia’s products, and attract foreign direct investments with as high added value as possible.”

The Foreign Affairs Committee also considers it necessary to start a broad-based discussion for formulating the foreign policy interests and long-term objectives of Estonia, involving all political parties represented in the Riigikogu, relevant ministries and institutions, the President of the Republic, think tanks, private sector and academic organisations.

The proposals also included creating the portfolio of the Minister of Foreign Trade and Development Cooperation, to whom all the agencies and specialist of that sector would be subordinated.

The recommendations of the Foreign Affairs Committee are based on the analysis of the International Centre for Defence and Security “Strengthening of Estonia’s Foreign Service”, and on the hearings of the Committee. 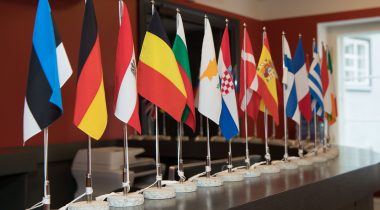