The Foreign Affairs Committee of the Riigikogu (Parliament of Estonia) unanimously recommends that the Estonian delegation should not attend the United Nations conference against racism Durban IV, to be held on 22 September, because the conference is known to have been used to promote anti-Semitism.

“The conference, which was first held in 2001, was intended to unite the international forces in the fight against racism, discrimination, xenophobia and intolerance, but it has now become an arena where the countries that violate human rights can express their racist positions,” Chairman of the Foreign Affairs Committee Marko Mihkelson said. “History has shown that this conference can be used for wrong purposes. Therefore it is only right that Estonia as a member of the UN Security Council will not attend the upcoming conference and will stand against anti-Semitic statements together with its allies,” he added.

The UN conference against racism, which will be held on 22 September in Durban, is dedicated to the 20th anniversary of the first conference on the same topic, held in 2001. More than 10 Member States of the European Union, as well as the United Kingdom and the United States, have announced that they will boycott the conference.

At its today’s sitting, the Foreign Affairs Committee was also given an overview of Estonia’s activities as an elected member of the UN Security Council and Estonia’s priorities at the 76th session of the UN General Assembly. Estonia’s activities and priorities were introduced by Permanent Representative of Estonia to the United Nations Ambassador Sven Jürgenson and Director of the 2nd Division of the Political Department of the Ministry of Foreign Affairs Kristi Torim. 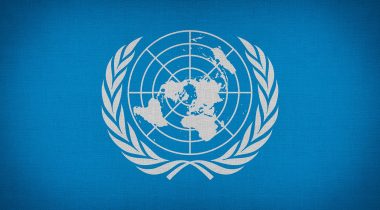