Mihkelson explained that before the Summit, members of NATO member parliaments met in Brussels to discuss the priorities of the Summit and the expectations the countries had regarding its results. “We will focus on the importance of the transatlantic link,” Mihkelson said, and emphasised that the most important aspects were NATO’s unity and reliability.

In Mihkelson’s opinion, at the Summit the governments of the allies have to reach a consensus on meeting the earlier agreed-upon two percent target in defence spending and achieving a fairer sharing of the burden in defence spending and contributions to operations. “From Estonia’s point of view, NATO’s continued presence on the eastern flank of the Alliance is relevant and protects Europe against possible Russian aggression,” Mihkelson said.

Loone thinks that NATO, like many other international organisations, is at the crossroads of changes and has to decide on its future. “This is why the NATO parliamentary level discussions that enable a strategic approach to the whole Alliance are especially important,” Loone said. “It is in the interests of Estonia that NATO left behind its Cold War past and entered the future as an alliance of equals, which enables shared use of knowledge, technology and standards, and effective and functioning protection of its members.”

At today’s meeting in Brussels, NATO PA President Paolo Alli will give an overview of the priorities and expectations of NATO Parliamentary Assembly. Alli will present the views of the Allied legislators on the key issues affecting the Alliance at the Summit of NATO Heads of State and Government.

In his address, he will speak of the strengthening of NATO’s collective defence arrangements, the continuation of NATO’s dialogue with Russia, NATO’s role in combating terrorism and projecting stability in its neighbourhood. He will also discuss progress in NATO‑EU cooperation, Alliance modernisation and the next steps in NATO’s open door policy, including support for an invitation to the Former Yugoslav Republic of Macedonia to begin accession talks. 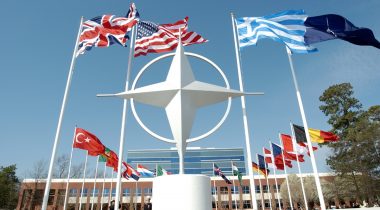