In their joint letter to Secretary General of NATO Jens Stoltenberg, President of the NATO Parliamentary Assembly Gerald E. Connolly and the committees in charge of foreign and defence policy in the parliaments of NATO Allies, the Chairmen of the Committees on National Security and Defence and the Committees on Foreign Affairs of the parliaments of Estonia, Latvia, Lithuania and Poland expressed concern over the severe security threats faced by all NATO member countries in light of the recent meeting of the NATO-Russia Council.

Over the years, Russia has used military aggression against its neighbours, violated international law and spread instability in Eastern Europe and beyond. Then, in December 2021, Russia put forward a set of proposals for “legally binding security guarantees” that the Kremlin was seeking from the West, written in a language that borders on the ultimatum. The demand for the contentious security guarantees followed soon after Western governments alerted the public that Russia had massed over 100,000 troops on its side of the border with Ukraine, a move that could signal an imminent invasion of Ukraine.

Russia’s list of demands and proposals undermine the fundamentals of the international legal system, restrict the right to self-determination of states and go against the principles of national sovereignty, territorial integrity and non-violability of internationally recognised borders.

We are very much concerned about linking the goals of strengthening Eastern Europe’s security and defence with possible Russia’s invasion into Ukraine. We cannot trade our deterrence and collective defence with Russia, including restrictions on NATO exercises in our region or Allied presence. We must continue NATO deterrence and defence adaptation based on the need to fully implement the Warsaw Summit decisions and subsequent agreements on NATO readiness and rapid reinforcement.

Russia has no right to restrict NATO collective defence and deterrence posture and planning. The current situation is asymmetric and cannot be taken as a baseline for any possible debate on any possible reductions, limitations or unilateral restraints from the NATO side. Over the few years, Russia has significantly modernised and increased the entire range of its capabilities multiple times, improved the readiness of its troops, and developed A2/AD systems. The Alliance is still in a phase of development of its deterrence and defence posture. Therefore, any limitations on NATO posture would only legitimise Russia’s regional military dominance and undermine NATO as a collective defence alliance.

The Baltic Region is facing a massive increase of the Russian military presence close to the NATO border and the most recent Russian-Belarus military integration. Russia’s aggression against neighbouring states, now coupled with the tight integration of Russian and Belarusian militaries, pose a significant threat to the region.

We should not allow Russia to destabilise NATO by dividing the Alliance and undermining NATO cohesion and resolve. The territory and security of NATO are indivisible. The indivisibility of the Alliance is fundamental for Euro-Atlantic security and stability. Russia seeks to attain military advantage in Europe by deterring and decoupling the United States from its European Allies and gaining military domination. NATO must continue strengthening its deterrence and defence posture to respond to the threats and challenges stemming from Russia.

Given the principles mentioned earlier, we must reject Russia’s attempts to undermine European security in the strongest possible way. The division of spheres of influence, the restrictions on national sovereignty, and self-determination are harmful to European and Transatlantic security.

The only condition for dialogue must be based on real de-escalation and Russia refraining from massive build-up near Ukraine. Russia’s aggression in and around Ukraine cannot be tolerated or legitimised. The NATO dialogue with Russia must be conditions, not calendar-driven. NATO-Russia engagement depends on Russia’s willingness to engage in a constructive dialogue, but it cannot lead to business as usual. NATO must sustain and strengthen its deterrence and defence adaptation by pursuing dialogue with Russia.

In light of these dangerous trends, we must remain united, work together to strengthen the transatlantic partnership and increase the role of NATO. Therefore, to show the unity of the Alliance against the aforementioned threats, we call on you to support the position set out above.

Text of the appeal (in English) 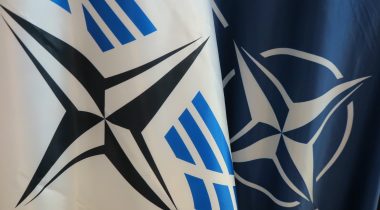