Hanso thinks that the programme of the meeting of the Science and Technology Committee is impressive and clearly demonstrates the key role of science and development of technology in ensuring of security.

“The Estonian defence industry is in the stage rapid development, and we certainly have much to learn,” Hanso said. “As a member of NATO, we wish to contribute to increasing the defence capability of our allies, and offer our products and services to other members of the alliance.”

At the beginning of the visit, the Science and Technology Committee will go the headquarters of the defence contractor General Atomics. The San Diego-based company is specialised in developing of nuclear physics and remotely operated surveillance aircraft. The Committee will also learn about the activities of the Armed Forces Communications and Electronics Association (AFCEA).

The members of the Science and Technology Committee will also visit Naval Base San Diego, which is the principal homeport of the Pacific Fleet. Besides that, it is planned to visit the social media giants Facebook and Google, and the data analytics company Palantir in Silicon Valley.

Disarmament and preventing the proliferation of weapons, and fight against extremism will also be discussed during the meeting of the Committee. Artificial intelligence, cyber defence and security, big data analytics, and naval and unmanned technologies will be spoken about as well. 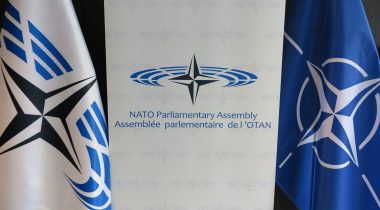