This week, the members of the Estonian delegation to the Parliamentary Assembly of the Council of Europe (PACE) are taking part in the Winter Session of the Assembly in Strasbourg, France. Discussions will touch on public service media in connection with disinformation and propaganda, media freedom, internet governance, and human rights.

The schedule of this part-session includes two discussions; one focuses on Russia’s open aggression against Ukraine and the threat this poses to European security, and the other on the increasing plight of Turkish opposition politicians.

The Head of the Estonian delegation to the PACE Marianne Mikko explained that this year is very significant for the Assembly because it celebrates its 70th anniversary. “This symbolic year is a red ribbon that runs through all our part-sessions, where we will be giving more thought to Europe, unity, solidarity, and human rights,” she said.

Alternate member of the delegation Andres Herkel will present his report to the Assembly on Internet Governance and Human Rights. Herkel correlates the topics of human rights and fair elections increasingly to events in cyber space. “My report is one of many that raise the issue of data protection and disinformation.”

Alternate member of the delegation Jaak Madison described the new session week as symbolic, because it will be the last of the current delegation from the Riigikogu. “For me, an extremely important item on the agenda is a report on the Sharia law and the Cairo declaration which is based on it and which many Moslem countries have approved, including three member states of the Council of Europe: Turkey, Albania, and Azerbaijan. This is an extremely important topic from a broader perspective because the Moslem community is forcefully spreading throughout Europe and this leads to increasingly drastic human rights violations,” Madison said. 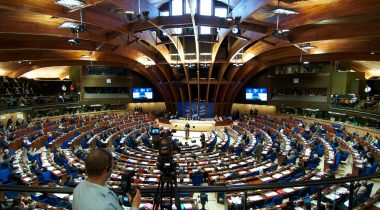