“I assume my office with awe because the Riigikogu and its Chancellery are among the most important constitutional institutions in Estonia. I believe that, with the help of committed and competent employees, we will ensure the adoption of decisions that are important to the Republic of Estonia, and the everyday functioning of the Riigikogu, at the best possible level – openly, professionally and honestly,” Peep Jahilo said. “I will make my contribution to ensuring that the activities of the Riigikogu would be understandable to everybody, and its reputation would be strong. In my new office, I hope to avail myself also of the skills and experience that I have acquired over my 25 years in diplomacy and in the Ministry of Foreign Affairs.”

During his long career as a diplomat, Jahilo has worked as the ambassador of Estonia in the Netherlands, India, Albania, Greece, Cyprus, Iceland and Norway. He has been the permanent representative of Estonia at the OPCW and adviser/chargé d’affaires ad interim in Great Britain. In 2009-2012, Jahilo was the Undersecretary for Administrative Affairs of the Ministry of Foreign Affairs. He has also held the office of the Director General of the Internal Audit Department and of the Personnel Department there. In 1992-1993, he was the Foreign Policy Adviser to the President of the Republic.

Peep Jahilo is married and has three daughters and a son.

The term of the contract with the previous Secretary General of the Riigikogu, Maria Alajõe, ended on 14 July. 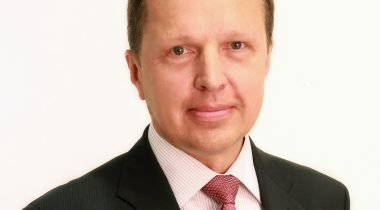