The three-day Annual Session of the NATO Parliamentary Assembly started in Stavanger, Norway, today. The international security situation will be discussed at the session against the backdrop of heightened tension with Russia.

In the opinion of the head of the Estonian delegation Ants Laaneots, Russia’s military intervention in the conflict in Syria shows that Russia’s behaviour is unpredictable, and the Central and East European member states are concerned about that and would like to ask for greater support from other allies.

Laaneots wants to emphasise to the allies that, in today’s security situation, they all should raise the level of defence expenses of their countries to two percent of GDP. “It is necessary in order to considerably increase the capabilities of NATO to respond to threats,” he said.

NATO Parliamentary Assembly plans to make joint efforts to counter Russian propaganda, to express continuing support to the government of Ukraine and to maintain economic sanctions against Russia until Russia fully abides with the international commitments it has taken.

Key issues to be discussed at the committee sittings on Saturday and Sunday will be modernisation of Russian military forces and relations with Russia, sending of armed forces to Syria and violation of Turkish airspace. Crisis in Middle East and North Africa, the issue of refugees, increased threat of terrorism and problems in the Arctic will also be spoken about.

Minister of Foreign Affairs and Minister of Defence of Norway will give an overview of the role of Norway in NATO and the country’s defence and foreign policy priorities. The Science and Technology Committee of the Parliamentary Assembly will also visit the Joint Rescue Coordination Centre of Southern Norway.

The Estonian Delegation to the Annual Session of the NATO Parliamentary Assembly in Stavanger consists of the Head of the Delegation Ants Laaneots and member of the delegation Kadri Simson and Marko Mihkelson, and alternate member Sven Mikser.

The Stavanger meeting brings together nearly 250 delegates from the 28 NATO nations and 23 associate and observer countries. 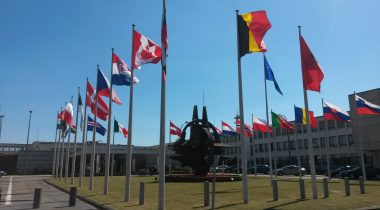