The summer session of the Parliamentary Assembly of the Council of Europe (PACE) again discussed the military conflict in East Ukraine and the annexation of Crimea. The Assembly found that unfortunately the situation in Ukraine has not improved, and decided to continue sanctions against Russia.

In January 2015 PACE decided to suspend the Russian delegation’s voting rights, and the right to participate in election-observer missions and in the work of the governing bodies of the Council of Europe.

The Chairman of the Estonian delegation Hannes Hanso noted that PACE’s approach to the bundle of problems connected with Russia should be strongly based on values also in the future. “The door must remain open for dialogue, but continuation of usual behaviour would be extremely shortsighted,”

Rapporteur for the monitoring of Ukraine Mailis Reps emphasised that the situation in East Ukraine had worsened and in recent weeks the military activities had been escalating again.

Member of the Estonian delegation Andres Herkel added that calling for dialogue, which was emphasised by several representatives, is right, but a dialogue requires two parties, and also functioning democracy on the Russian side. “In the case of Russia, the absence of dialogue actually started from the fact that Russia’s delegation to PACE had already years before the events in Ukraine been essentially a delegation of one opinion. Several years ago we compensated it by inviting Boris Nemtsov, who has been murdered, to a meeting of our committee as a representative of extra-parliamentary opposition. In such a situation, it is complicated to expect reasonable dialogue, and it is better to maintain the sanctions that have been imposed,” Herkel said.

Besides that, PACE called on Russia to implement the Minsk Agreements, and to release pilot Nadiya Savchenko and hand her over to the Ukrainian authorities. The resolution adopted at the session stressed that Russia must stop the harassment of the non-governmental organisations and journalists that are critical of Russia’s activities in Ukraine.

The agenda of the summer session of the Parliamentary Assembly of the Council of Europe also included discussions on the human rights situation in Azerbaijan and Hungary, and the debate on missing persons in Ukraine, as well as a current affairs debate on the need for a common European response to migration challenges.

The members of the Estonian delegation were Hannes Hanso, Mailis Reps and Andres Herkel. The Riigikogu delegation to PACE represents the state of Estonia and protects the interests of Estonia in the Council of Europe. 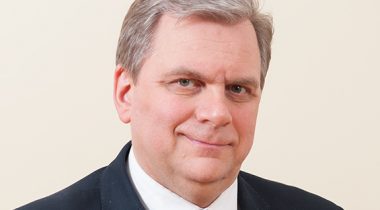