On the motion of the Environment Committee, the Riigikogu (Parliament of Estonia) amended the Hunting Act so that waterfowl hunting tourists will have to pass compulsory training in order to ensure observing of the good hunting practice in Estonia and killing of limited number of birds.

Chairman of the Environment Committee Rainer Vakra said that each year around 4000 hunting tourists visit Estonia. About 600 of them come to hunt waterfowl. Hunting tourists and Estonian hunters together hunt around 12,000 water birds in a year.

“The Environment Committee essentially decided to send the hunting tourists to school, so that those who wish to hunt birds in Estonia would have adequate knowledge of the hunting regulations in force in Estonia and the good hunting practice in Estonia, as a precondition for lawful behaviour,” Vakra said. “Therefore we amend the Hunting Act by adding the requirement that a person who has been given a hunting certificate in Estonia on the basis of a valid hunting certificate issued in a foreign state will get a small game hunting permit for hunting waterfowl after he or she has undergone training on hunting rules,” he explained. Vakra added that the requirements for the training and the training provider and the volume of the training, and the procedure for conducting the training would be established by a regulation of the Minister of the Environment. Water birds include anseriformes, coots, cormorants and gulls; mainly anseriformes are hunted. 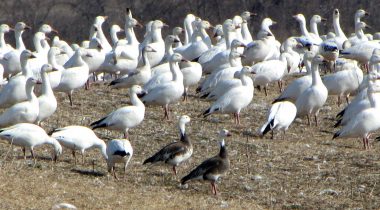