“The European Union is without doubt the most important peace and economic welfare project of our time, and it is our common responsibility to keep Europe unified and successful,” Rõivas said. “If we want the EU to be a source of welfare for its citizens also in the future, we have to be open to new technologies and also to closer cooperation with other continents.”

Rõivas believes that common values are the strongest foundation of the European Union, and it is not permissible to make any compromises in defending them, be it in the name of short-term economic growth or cheap popularity.

The debate held on the occasion of Europe Day is organised by Civico Europa, an informal group of opinion leaders from all over Europe. Besides Rõivas, former Prime Minister of France Alain Juppé, former Prime Minister of Belgium Guy Verhofstadt, Ex-President of Latvia Vaira Vike-Freiberga, and also writer Sofi Oksanen and several members of the European Parliament, former members of the European Commission, civic activists, cultural figures and entrepreneurs are members of the group. 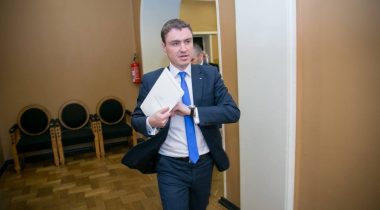