Today the Social Affairs Committee of the Riigikogu (Parliament of Estonia) received confirmation from the Estonian Social Insurance Board that the women’s support centre service would be guaranteed in all counties this year, and contracts with the organisations who won the procurement have been signed.

Chairperson of the Social Affairs Committee Helmen Kütt was happy that the support centre service would be continued in all counties. “Confidential help to all victims of violence against women is guaranteed also in the future. Besides that, the possibility to remain anonymous at first counselling will be retained. This service has been developed thanks to the good current service providers, and it is important that this level would be preserved under the Social Insurance Board,” Kütt said.

The representative of the Social Insurance Board explained that three procurements had been held to find the providers of support centre service all over Estonia. As a result of the procurement procedures, the base funding of the service this year is 641,051 euro, which was divided among the counties in accordance with the cost of the tenders submitted. Technical and professional competence was an important precondition for qualification in the procurement.

“The greatest unfairness for the shelters is the fact that during the first procurement there as if was no money, but in the third procurement the tenders of support centres that had been rejected in the first procurement were approved. For example, the reference cost for Valga County was initially about 27,000 euro, but in the third procurement, the 49,000 euro that was offered was agreed upon,” member of the Social Affairs Committee and Chairperson of the Support Group for the Prevention of Interpersonal Violence and Supporting Its Victims Liina Kersna said.

“It is clear that there is not enough money in this field. At the moment there are finances mainly for providing accommodation service, but the victims also need psychological and legal counselling to get out of the wheel of violence, and there is no money for that,” Kersna said.

Minister of Social Protection Kaia Iva said that under the Social Insurance Board, the control over victim support services is ensured. 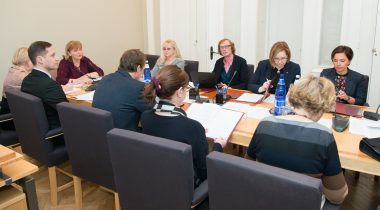