At today’s sitting, the Riigikogu passed an Act that gives employees with caring responsibilities the right to ask for flexible working conditions and eliminates the mandatory waiting period upon recruitment of 13-14-year-old minors.

The Act on Amendments to the Employment Contracts Act and Amendments to Other Associated Act (361 SE), initiated by the Government, transposes the European Union directive specifying the right of workers and officials with caring responsibilities to ask for flexible working or service conditions, e.g. part-time work or flexible working schedules or remote working arrangements.

The right to ask for flexible working conditions will not bring about an obligation for employers and administrative agencies to offer the conditions asked for, but employers will have to provide reasons for a refusal in such situations. Workers and officials with caring responsibilities are also provided additional protection upon cancellation of an employment contract or release from service and a reverse burden of proof in disputes on cancellation of employment contract or release from service.

Under the Act, upon entry into an employment contract with a 13-14-year-old minor, the waiting period of ten working days from the registration of the minor with the employment register no longer applies. In the future, this obligation will remain in place only upon the employment of 7–12-year-olds. The purpose of the amendment is to reduce both employers’ and the Labour Inspectorate’s workload in respect of recruitment of 13-14-year-old young people. The amendment will help create more flexible working opportunities, while at the same time ensuring effective protection of minors in employment relationships.

The child leave regulation adopted with the amendments to the parental leave and benefit system in October 2018 is also improved. From 1 April 2022, all parents of children under 14 years of age will be entitled to a child leave of ten working days for each child under 14 years of age. It will be calculated from the end of a parental benefit period and the amount of the remuneration paid for it will be 50 per cent of the average salary of the parent.

An automated notification system for the working life information system will be developed that will notify the employer, the registered minor as well as the legal representative of the child of the mandatory conditions and risks related to the specific work that should be taken into account.

During the debate, Siret Kotka took the floor on behalf of the Centre Party Faction.

83 members of the Riigikogu voted in favour of passing the Act.

The Act on Amendments to the Product Conformity Act and Amendments to Other Associated Acts (372 SE), initiated by the Government, extends the surveillance competences of market surveillance authorities in connection with products offered for sale in e-commerce. Authorities will get access to communication data in order that they would have the opportunity to identify owners of webpages and, where necessary, to restrict access to online interfaces and to require the removal of information content or the display of a warning. The aim of the amendment is to ensure that dangerous products are removed from sale as quickly as possible.

The supervision of products from third countries will also be enhanced. For this, a new requirement for making construction products, personal protective equipment, appliances burning gaseous fuels, and toys available on the European Union market will be introduced. In the case of such products, there will have to be an interlocutor established in the European Union mandated by the manufacturer who can be addressed in the event of additional questions or problems and who is responsible for the availability and verification of declarations and, where necessary, for taking corrective action.

In cross-border cooperation, digital operation and information exchange will be introduced between European Union surveillance authorities. The competence of market surveillance authorities in respect of personal transporters used in traffic and unmanned aircraft system (UAS) intended to be operated in the ‘open’ category is specified. According to the amendments, the Consumer Protection and Technical Regulatory Authority, and not the Transport Administration, will carry out market surveillance of such appliances. For the purpose of more effective sanctioning, the amount of the fine for legal persons is increased from 3200 euro to 32,000 euro.

68 members of the Riigikogu voted in favour of the passage of the Act and 17 voted against.

The Bill on Amendments to the National Defence Act and Amendments to Other Associated Acts (417 SE), initiated by the Government, will create better preconditions for the use of civil resources for independent defence capability and the hosting of allies, and will comprehensively update the regulation of national defence duties.

The Bill will clarify the imposition of the duty to grant use of items and the expropriation of items, and the relevant powers will be granted to the Defence Resources Agency and the Defence Forces or an agency of executive power authorised by the Government. The current National Defence Duties Act will be repealed, and the issues relating to the duties will be set out in the National Defence Act.

During the debate, Minister of Defence Kalle Laanet took the floor.

The Bill on Amendments to the Land Reform Act and Other Acts (418 SE), initiated by the Government, will make amendments to Acts, in order to help complete the land reform and to reduce the burden of the state in the administration of the agreements entered into in the course of the land reform.

The Bill will resolve problems that have emerged in connection with the land reform. In the course of the land reform, thousands of plots and strips of land that cannot be used independently emerged between immovables. Under the current law, time-consuming land reform proceedings involving a high administrative burden need to be conducted to form separate immovables of these land strips in order to join them to the immovables bordering on them. Under the Bill, such a plot of land can be joined with the immovable bordering on it by a simple land consolidation act, without having to form a separate immovable. Non-reformed plots of land will no longer be entered in a separate register part in the land register, but the boundaries of an existing immovable will be changed.

As at June, according to the data of the Land Board, around 21,000 land units with an area extending to 18,400 hectares have not yet been reformed on the Estonian landmass.

The Bill will also create an opportunity to reform the land under the apartment building if the owner of the dwelling fails to submit an application for the establishment of an apartment ownership by the deadline. It will also be possible to transfer a large share of immovables encumbered with the right of superficies, which are mostly residential buildings, to the superficiaries thereof.

According to the Bill, the administration of the instalment agreements in respect of land entered into upon the privatisation and return of land and the establishment of apartment ownerships, and the performance of the duties of the mortgagee on behalf of the state will be consolidated to the Land Board who is the organiser of the privatisation of land. Thus, the duties of mortgagee that are currently performed by the State Shared Service Centre and the debt proceedings activities will also be transferred to the Land Board.

The Bill will specify the requirements for the use of hardware and software in communications networks so that using them would not endanger national security.

The Bill on Amendments to the Ports Act, the Maritime Safety Act and the State Fees Act (425 SE), initiated by the government, will transpose the relevant directive of the European Parliament and of the Council on port reception facilities for the delivery of waste from ships, amending a directive and repealing an earlier directive.

The definition of “waste from ships” will be introduced, which means all waste, including cargo residues, which is generated during the service of a ship or during loading, unloading and cleaning operations. The obligation of ships upon notification of waste from ships and keeping records on waste from ships will also be amended.

Waste fished passively in the course of commercial fishing that is caught in fishing gear during fishing, for example derelict fishing gear and other marine litter, will be included under waste from ships. No separate fee may be charged in the port for delivery of such waste, but they can be delivered on account of the fee for receiving the waste from ships included in the port dues. This amendment should help prevent the waste caught during commercial fishing from being discarded back into the sea.

The Bill on Amendments to the Electricity Market Act and the State Fees Act (426 SE), initiated by the Government, will transpose the relevant Directive of the European Parliament and of the Council concerning the amendments made in respect of common rules for the internal market in electricity.

The amendments will increase opportunities for distributed generation through a regulation concerning active users of network services. This will give consumers an opportunity to participate more actively in the electricity market and to benefit in particular from changing their consumption habits. The Bill also provides for a regulation relating to the creation, development and management of energy communities, as well as a regulation concerning aggregation and demand response, in order to increase the flexibility of networks, and energy efficiency for consumers.

The Bill on Amendments to the Financial Supervision Authority Act and Other Acts (422 SE), initiated by the Government, will make amendments to the current financial sector legislation. They are related to the implementation and transposition of European Union legislation.

The Financial Supervision Authority will be given the authority to exercise supervision over the information on environmental sustainability and on sustainability risks that banks and other financial market participants submit.

Considering that the State Budget for 2021 Act was prepared in the autumn of the preceding year and some of the funding needs have changed, it is expedient to initiate an amendment of the state budget to achieve more effectively the aims set by state agencies. The motions to amend will amend the distribution between expenditure and investments.

During the debate, Heiki Hepner (Isamaa) took the floor. 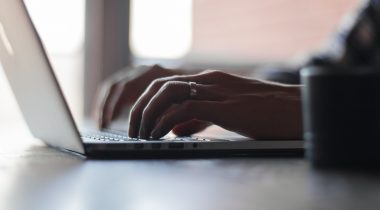