The Bill regulating the conditions for residing in Estonia after Brexit for the citizens of the United Kingdom and their family members passed the first reading in the Riigikogu today.

The Bill on Amendments to the Citizen of the European Union Act and Other Acts (Withdrawal of the United Kingdom from the European Union) (781 SE), initiated by the Government, will ensure the conditions for residence in Estonia, as determined by the withdrawal agreement, for both citizens of the United Kingdom and their current and future family members.

The Bill is intended to ensure that if the United Kingdom decides to leave the European Union, the legal status of British nationals living in Estonia would still be regulated. With the Bill, the scope of regulation of the Citizen of European Union Act is extended to the citizens of the United Kingdom who are living in Estonia at the end of the transition period determined in the withdrawal agreement.

The citizens of the United Kingdom arriving in Estonia starting from April 2021 would already fall within the scope of regulation of the Aliens Act.

As at November last year, 1301 citizens of the United Kingdom had registered their residence in Estonia and held a valid ID-card, and 337 of them had a permanent right of residence.

Another Bill passed the first reading:

The Bill on Amendments to the Copyright Act (757 SE), initiated by members of the Riigikogu Tarmo Kruusimäe, Madis Milling, Priit Sibul and Hardi Volmer, provides that the minister responsible for the area will establish by a regulation the procedure for payment of remuneration to compensate for private use of audio-visual works and sound recordings of works and the list of storage media and recording devices, and the amount of remuneration payable per recording device. 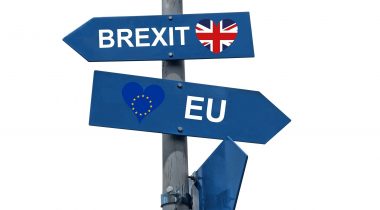