The Bill that, among other things, will ensure better protection of patients’ interests with the help of mandatory insurance against damages caused by vaccines passed the first reading in the Riigikogu today.

Under the Bill on the Mandatory Liability Insurance of Health Service Provider (522 SE), initiated by the Government, the systems for patient insurance and compensation for vaccine damages will be created. The Bill will establish patient insurance, which is mandatory liability insurance of providers of health care services. The Bill will provide for the principles and organisation of the mandatory liability insurance of providers of health care services, as well as the bases for and extent of the damage subject to compensation to the patient. The new system will be established with the aim of better protection of the patient and simpler application for compensation. In the case of a damage event where it would have been possible to prevent health damage in the treatment of a patient, the insurance provider will evaluate the circumstances of the claim. The insurance amount will be up to 100,000 euro per injured patient, and 3 million euro per whole one-year period of insurance. The Bill will also establish, among other things, the minimum requirements for the organisation of patient safety. An information analysis system will be established with a view to preventing threat and damage events. According to plan, the patient insurance system will be implemented from 1 July 2024.

Second, the Bill will amend the Medicinal Products Act and provide for vaccine insurance, or mandatory insurance against vaccine damages. The purpose of vaccine insurance is to create a simplified procedure for compensating to people serious damage to their health due to vaccination. This will apply in the case when, as a result of vaccination, a patient suffers from serious damage to their health that lasts for at least four months. Compensation will also be due in the case when vaccination is the probable cause of death of a person. Under the regulation, a person who suffers serious damage to their health after they are vaccinated will have the opportunity to claim compensation for the damage to the extent established by the law and depending on the degree of severity of the damage. Under the vaccine insurance, the distributor of vaccines will have an insurance premium obligation the amount of which will depend on the number of doses distributed for use in Estonia and the premium rate established by the Government. The costs that both the Estonian Health Insurance Fund and the State Agency of Medicines will incur in the payment and processing of compensations will be covered from the insurance premiums. The vaccine insurance rules are planned to enter into force from 1 May 2022.

In 2022, the damage events caused by COVID vaccines will be compensated retroactively. From 2023, the system will also extend to other vaccines, including the vaccines included in the immunisation schedule, the vaccines against influenza and tick-borne encephalitis, and “travel vaccines”. The State Agency of Medicines will have to assess the causal relationship between health damage and vaccination. The Agency has been doing that up until now, too, but not for such a purpose or to such an extent.

The Riigikogu did not support the adoption of a draft Resolution

The first reading of a Bill was adjourned

The deliberation of the Bill on Amendments to the Nature Conservation Act and Associated Acts (483 SE), initiated by members of the Riigikogu Heiki Kranich, Peeter Ernits, Erki Savisaar and Andres Metsoja, was adjourned due to the end of the sitting and will continue at tomorrow’s sitting. It is intended to transform the protection of natural values on the shores and banks of bodies of water, to mitigate the current ownership restrictions arising from the Nature Conservation Act, and to reduce the amount and extent of restrictions, without thereby damaging the protection of important natural values and resources.

The first reading of three Bills was postponed to tomorrow

The Business Register Bill (493 SE), initiated by the Government, will provide for the data composition of the business register, the procedure for making entries and maintaining the register, and the supervision and liability. The purpose of the Bill is to harmonise the registration proceedings for legal persons. The non-profit associations and foundations register will be updated to be a part of the business register, which will make the registration proceedings simpler and clearer both for undertakings and for the registrar. Other major amendments include the amendments concerning private limited company because, according to the Bill, the minimum capital requirement for private limited company will be eliminated and the list of shareholders will begin to be maintained in the business register.

The purpose of the Whistleblower Protection Bill (504 SE), initiated by the Government, is to respond promptly and effectively to acts that are in conflict with the law, in order to ensure the functioning of legal order and the protection of public interests. The Bill will create the conditions for and extent of the protection of whistleblowers who report breaches that become known to them in the course of their work-related activities. The Bill will provide for the personal and material scope of whistleblower protection, the conditions for qualifying for the protection and the extent of the protection, and the ways and channels of reporting. A person qualifies for the protection if he or she has reasonable grounds to believe that a breach has been immediately commenced or it has been concluded, the breach falls within the scope of this Act and the reporting takes place in accordance with the Act in question. 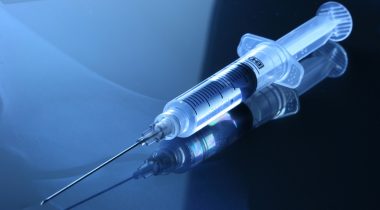