Today, the Minister of Justice Urmas Reinsalu replied to the interpellation concerning the lowering of the voting age (No. 42), submitted by members of the Riigikogu. He pointed out that the amendment would enable young people to better participate in the organisation of the life of the society and would also bridge a certain demographic gap that inevitably exists in connection with the general ageing of the society.

Reinsalu explained that, as regards the procedure to be established, general courts will have to be in a position to assess if the 16 or 17 year old persons are unable to understand the meaning of voting in elections due to mental illness, intellectual disability or any other mental disorder. He said that the potential target group would coincide with the percentage of persons in the general population who are permanently unable to understand their actions.

The interpellators also wished to know why the exercise of the supreme power of the state is considered less important compared to the resolution of family life issues. The interpellators pointed out that a person of 16 years of age who can participate in elections is not allowed to decide independently on getting married or the issues relating to his or her child.

Reinsalu said that this is a wider issue that has arisen in connection with the lowering of the voting age. In the Minister’s words, he is conservative in this issue and is not planning a universal extension of active legal capacity of minors.

Reinsalu also replied to the interpellations concerning the organisation of the court system (No. 36), the possibility of direct election of the President in Estonia (No. 51) and the problems with the Apartment Ownership and Apartment Associations Act (No. 57).

Auditor General Alar Karis replied to the interpellation concerning the impact of the audit of Port of Tallinn in 2012 by the National Audit Office (No. 71).

The Minister of Defence Hannes Hanso replied to the interpellations concerning the statements of public sector officials in social media (No. 74) and the guiding and supporting of the national defence industry (No. 47).

The interpellation concerning the performance of the role of the European Union presidency in 2018 (No. 75) submitted to the Minister of Foreign Affairs Marina Kaljurand was postponed to next Monday.

During the open microphone, Peeter Ernits and Jüri Adams took the floor. 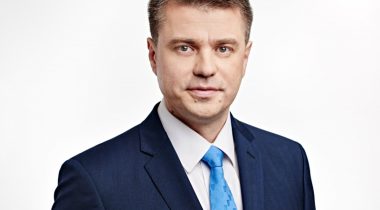