Explaining the meaning of Estonian language as a national infrastructure, Aru said that it had its institutions and agencies, like the schools, the universities, the Institute of the Estonian Language and the Language Inspectorate, and also many functions, like language planning, language ecology, language teaching, language research and development of the language as a whole. Aru believes an infrastructure needs maintenance, developing, organising and maybe also changing, for which there is the national Development Plan of the Estonian Language in Estonia. 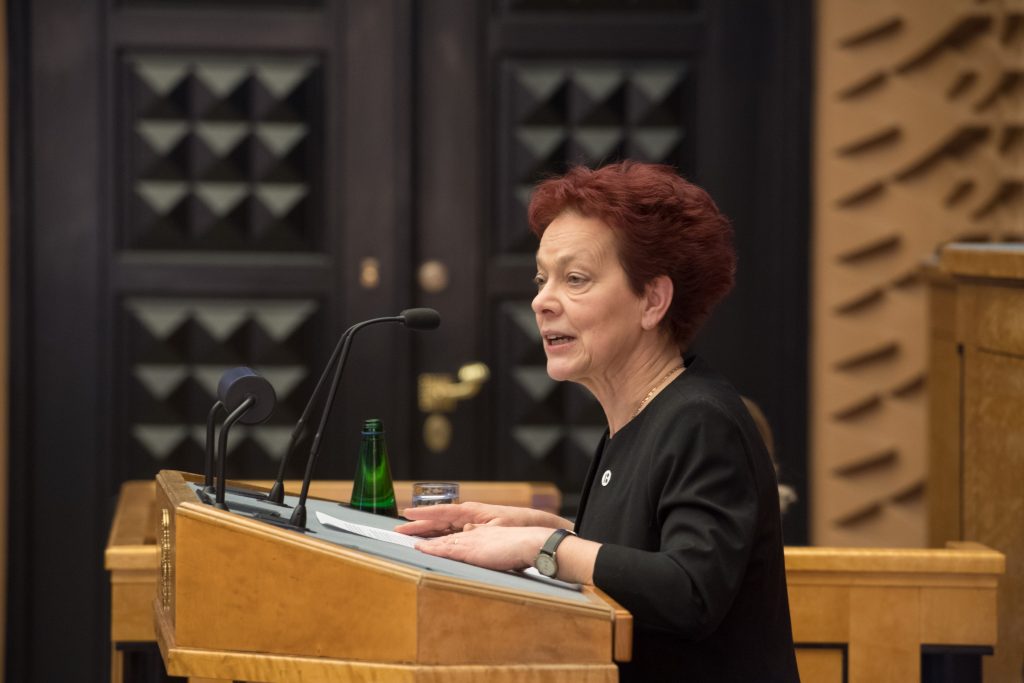 “The Estonian authors wish to create top-level literature,” Aleksejev said. “This is their contribution to the survival and development of the Estonian language, and through it, to the society in a wider sense, because literature is something more than just a sphere of creative activity. Literature is memory, the power of life of a culture, and through it, also the future of a culture; without language and culture, a country will not last. But such efforts of authors lose their meaning if there are no readers, or the number of readers decreases persistently.”

In Aleksejev’s opinion, the project of inviting writers, literature historians or translators to speak at schools should be undertaken more extensively, because it is necessary to keep and bring up our readers. “One day, children who read will become citizens who are expected to have power of analysing and sense of responsibility, and who cannot be manipulated,” Aleksejev pointed out. “If we want the literature in our language to survive and develop, the Estonian authors should also be supported,” he added, and mentioned two measures: extending of the writer’s salary project and increasing of lending fee.

Speaking of higher education, Aleksejev emphasised that the function of universities is to shape Estonian-speaking intellectuals. “It is necessary to avoid allowing a foreign language take over any subject,” Aleksejev said. “The world is changing and we cannot keep the English language research work behind the door, and there is no need for that, but it is the responsibility of a university to shape intellectuals who speak the language of the country.” 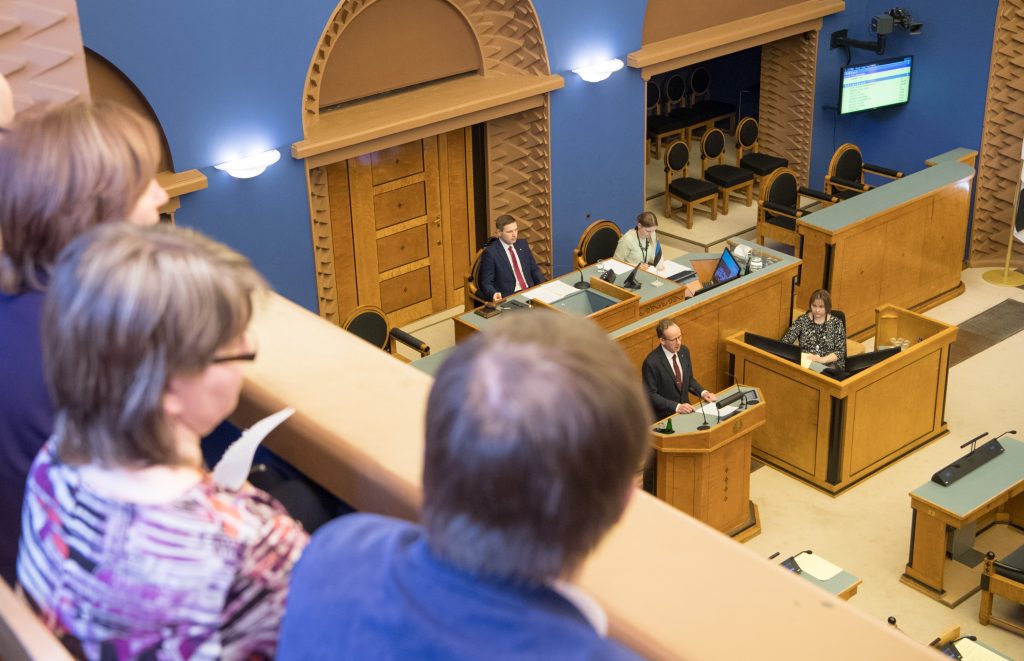 Professor of Literacy Education of the University of Tartu Martin Ehala spoke about the situation of the Estonian language in basic and general education. In his opinion, language gap is one of the greatest problems in the Estonian schools.

Speaking of the legislative solutions helping to achieve a coherent society, the Professor said that the children with migrant background should be given a choice between an Estonian-language municipal school and a private school. Ehala is of the opinion that the provision on the language of instruction in the Basic Schools and Upper Secondary Schools Act should be amended so that it would preclude studying in English in municipal and state schools.

Ehala emphasised that the language gap of the Estonian general education should be bridged, and the solution for that had to be flexible, culturally soft, and built on motivating the parents, not on force. “Transition should start in a small way, and grow when there is more experience and resources,” Ehala said. “It is necessary to have a fundamental resolution: this language gap has to be bridged.” 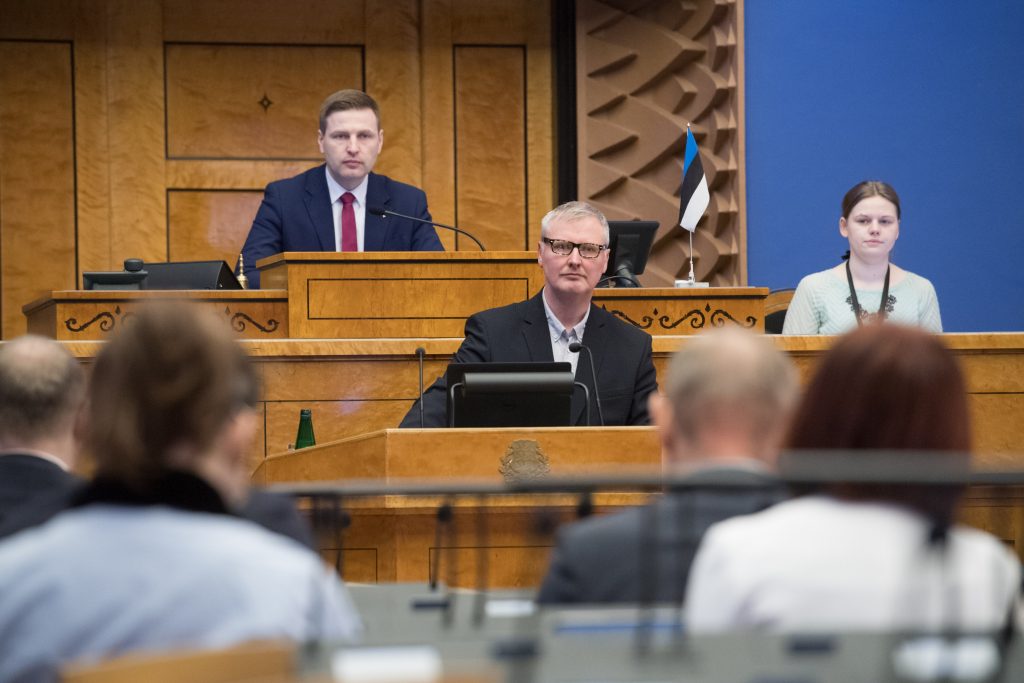 Head of the Department of Applied Linguistics of the University of Tartu, Professor Birute Klaas-Lang spoke about the Estonian language in higher education.

The Professor said that on the one hand, the task of the universities and the Estonian higher education was international research work and teaching through research, but one of the main functions of universities was also making the world and Estonia better by training top intelligentsia. “The universities train specialists without whom the state of Estonia cannot exist in the way it has existed,” she added.

In the opinion of the Professor, being left out of certain spheres of usage, like higher education or as a language of research, can threaten the Estonian language. “Which language we use for teaching at the university will have an impact on the schools, and it will also have an impact on our whole life,” Klaas-Lang emphasised. 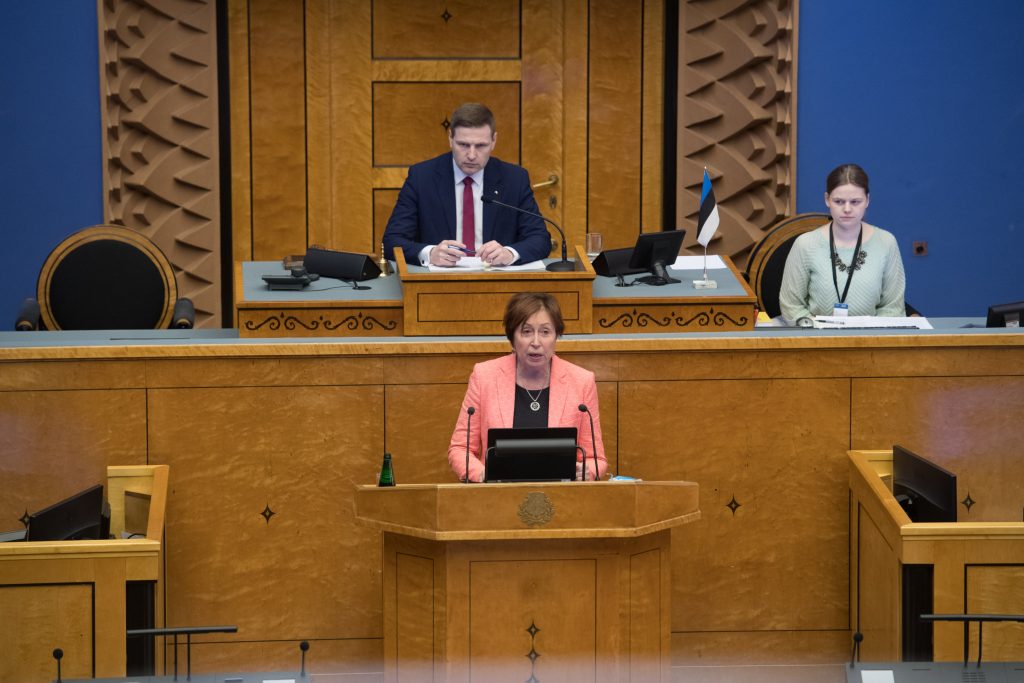 The Bill on Amendments to the Estonian Defence League Act and the Income Tax Act (593 SE), initiated by the Government of the Republic, will introduce amendments that, among other things, concern making joining the organisation simpler, maintenance of records on the members of the Defence League, medical examination, extending the social guarantees of the youth leaders and provision of first aid in the Defence League.

Records on the members of the Defence League will be kept in the database that is connected with X-Road and obtains data from the national registers. This will improve the quality of the data collected. Under the current law, records on the members are kept in the database of an agency established by the Commander of the Defence League; the data exchange with national registers is limited and carried out through single requests.

The Bill also provide for the obligation of a member of the Defence League to inform the organisation of any deterioration in their state of health, when it may no longer comply with the prescribed requirements. 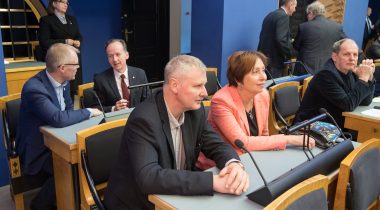