At today’s sitting, the Riigikogu passed the Act which is intended to attract cargo ships to sail under the Estonian flag again, to increase the Estonian shore sector, and to restore Estonia’s reputation as a maritime nation.

The basic conditions of the special tax regime are not amended; only particular conditions are specified. It provides unambiguously the eligible core activities, ancillary activities and other activities of international carriage by sea, in the case of which it is permitted to use a more favourable income tax regime based on tonnage in regard to the revenue from the activities. In the case of income from ancillary activities, the tonnage-based income tax regime can be used only on the condition that the income received does not exceed 50 per cent of the total income from the international carriage of goods or passengers.

A rule is also provided for for situations where a ship makes trips to Estonia as well as foreign countries. If less than 50 per cent of the ports visited by the ship are in Estonia, that is, the ship mostly operates internationally, it is allowed to apply the tonnage regime.

It is specified that, in the case of a group, the tonnage-based income tax regime cannot be used in respect of just one company, but it must be used in respect of all companies belonging to the group that meet the requirements. In the future, a natural person whose income is subject to taxation based on a fixed tax base will not be able to use any options for deduction from income that are permitted by the law under the ordinary regime. Under the Act that was in force earlier, crew members could deduct for example the amounts paid for the acquisition of units of pension funds. The restriction will apply only to income earned as a crew member.

81 members of the Riigikogu voted for the passage of the Act. 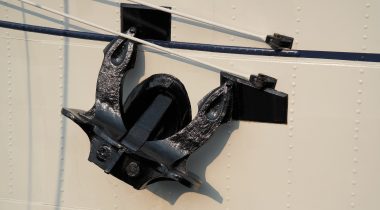