After the ministers had taken their oaths of office, the President of the Republic Kersti Kaljulaid signed the Resolution on the release from office of the former Government. The new Government assumed their duties.

NB! Photos will be uploaded with a delay. 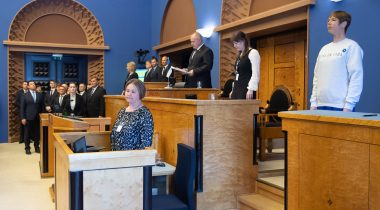