The Act that was passed in the Riigikogu today amends the requirements and measures relating to separate collection of waste, extended producer responsibility, waste prevention, the waste management plans of local authorities and the state, and the strengthening of waste recycling.

The Act on Amendments to the Waste Act and the Packaging Act (190 SE), initiated by the Government, transposes and ensures compliance with obligations arising from the relevant EU directives. Under the Act, collection of bio-waste at source or alternatively composting at source will have to be organised everywhere by 31 December 2023 at the latest. From 2025, local governments will have to organise separate collection of textile waste in their territories. In the future, it will be possible to grant derogations from the separate collection of waste in the territories of local governments only in the event of compliance with certain conditions and local governments will set such derogations together with justifications in the waste management plans and waste management rules.

The wordings of the liability provisions are specified and the maximum possible sanction rates for legal persons are increased. Instead of the current 32,000 euro, the maximum sanction rate will be 400,000 euro in the future.

82 members of the Riigikogu were in favour of passing the Act, and there was one abstention.

The amendments to be made under the Bill on Amendments to the Customs Act (311 SE), initiated by the Government, lay down national implementing provisions for smoother transposition of European Union law in two areas. They are the customs clearance rules for postal packages and courier shipments of negligible value ordered from non-Union countries, in particular from online stores, as well as the control rules for the import and export of cash.

On 1 July 2021, all EU Member States will start to tax consignments of negligible value in the same manner and the exemption from VAT of consignments with a value of up to 22 euro will be eliminated. The taxation of such consignments may bring about a multiplication of the amount of customs declarations submitted. With a view to ensuring rapid movement of consignments to customers and preventing the need for large-scale storage of consignments by businesses engaged in the transport of postal packages and courier shipments, which would inevitably involve additional costs for the customer, the possibility for persons to lodge customs declarations already before the consignments arrive in Estonia will be created.

Concerning cash control, the provisions regulating the procedure for the declaration of cash of a value of EUR 10 000 or more entering or leaving Estonia will be omitted from the current Customs Act. In summer 2021, a new EU Regulation on controls on cash will come into force that sets out a requirement to declare in writing at EU level, thus the relevant national provisions cannot remain simultaneously in force. In addition, the right of the customs to detain cash will be extended to three working days compared to the current provision, which is 48 hours. Union law gives Member States the possibility to provide for a period of detention of up to 30 days.

The initiation of the Bill on Amendments to the Auditors Activities Act, the Accounting Act and the Securities Market Act (313 SE), initiated by the Government, was motivated by the assessment of the European Commission that Estonia had not correctly transposed the provisions pertaining to the annual financial statements, consolidated financial statements and related reports of certain types of undertakings in the relevant directive of the European Parliament and of the Council.

The Bill will specify the obligations of auditors for auditing medium-sized undertakings, large undertakings and public-interest entities. In the future, auditors will be required to state in the audit report whether the management report is consistent with the financial statements and the applicable legal requirements. The purpose of the amendment is to strengthen investors and other interested persons’ confidence in the information published in the management reports of undertakings. In addition, the Bill specifies the requirements regarding the information that large undertakings that are public-interest entities with more than 500 employees will have to reflect in their management reports. Analogous amendments will also be made as regards consolidated accounts. The aim of the amendments is to better identify sustainability risks and to increase investors and consumers’ confidence. As a result of the Bill, the audit fees of medium-sized and large undertakings will rise slightly and the volume of the reporting obligation of some large undertakings will increase slightly.

The first reading of the Bill on Amendments to the Political Parties Act and the Code of Enforcement Procedure (321 SE), initiated by the Social Democratic Party Faction and Member of the Riigikogu Raimond Kaljulaid, had been adjourned the day before due to the end of the sitting and was continued. The aim is to increase the credibility of democratic policy by increasing the control of the transparency of the funding of political parties. For this, the Bill will specify the rights of the Political Parties Financing Surveillance Committee and will clarify the sanctions imposed for violations. For the performance of additional tasks, an increase in the budget of the Political Parties Financing Surveillance Committee will also be provided for.

On behalf of his faction, Puustusmaa moved to reject the Bill. 17 members of the Riigikogu voted in favour of the motion and 66 voted against.

Among the major amendments proposed in the Bill on Amendments to the Information Society Services Act (359 SE), initiated by the Government, the Consumer Protection and Technical Regulatory Authority will be designated to exercise supervision over providers of online intermediation services and search engines. The Bill will specify the penalty payment and fine rates for failure to comply with precepts and obligations. An information society service provider will be obliged to render accessible its VAT identification number where the service provider undertakes an activity that is subject to VAT.

Online intermediation services include information society services that allow business users to offer goods or services to consumers, with a view to facilitating the initiating of direct transactions.

The European Union is aiming to ensure a fair and trusted online business environment that would function on uniform bases throughout the EU internal market. Information society services, including online intermediation services and search engines are important in business and commerce. Information society services enable new business models and innovation and they offer access to new markets and commercial opportunities. However, platform economy also raises challenges that need to be addressed in order to ensure legal certainty. The amendments proposed in the Bill will ensure that the EU’s Platforms Regulation and the e-Commerce Directive of the European Parliament and of the Council are enforced adequately and effectively in Estonia.

According to the amendments proposed by the Bill on Amendments to the Act on the Ratification of the Convention on the Protection of the Marine Environment of the Baltic Sea Area (364 SE), initiated by the Government, the Ministry of the Environment will arrange for compliance with the convention in Estonia. Compared to the procedure in place at the time of the adoption of the Act, the requirements of the Rules for Good Legislative Practice and Legislative Drafting have changed and, according to the rules in force, a provision delegating authority and the arrangement for compliance with the convention must no longer be regulated in a single provision of the Act but in different provisions.

According to the Bill, the provision delegating the authority to establish the procedure for handling oil and oil products in the sea, Lake Peipus, Lake Pskov and the river Narva and arranging for compliance with the convention will be eliminated from the section concerning the responsibilities of the Government of the Republic. The provision delegating authority has been transferred to the Water Act and the Government has established a Regulation on the basis of it.

The Bill on Amendments to the Employment Contracts Act and Amendments to Other Associated Act (361 SE), initiated by the Government, will transpose the EU directive specifying the right of workers and officials with caring responsibilities to ask for flexible working or service conditions, e.g. part-time work or flexible working schedules, remote working arrangements, etc. The right to ask for flexible working conditions will not bring about an obligation for employers and administrative agencies to offer the conditions asked for but employers will have to provide reasons for a refusal in such situations. In addition, workers and officials with caring responsibilities will be provided additional protection upon cancellation of an employment contract or release from service and a reverse burden of proof in disputes on cancellation of employment contract or release from service.

In addition, upon entry into an employment contract with a 13-14-year-old minor, the waiting period of ten working days from the registration of the minor with the employment register will no longer apply. In the future, the relevant obligation will remain in place only upon employment of 7–12-year-olds. The purpose of the amendment is to reduce both employers’ and the Labour Inspectorate’s workload in respect of recruitment of 13-14-year-old young people. The amendment will help create more flexible working opportunities, while at the same time ensuring effective protection of minors in employment relationships. The Government cabinet gave its approval to the amendment on 18 June 2020.

The child leave regulation adopted with the amendments to the parental leave and benefit system in October 2018 will also be improved. From 1 April 2022, all parents of children under 14 years of age will be entitled to a child leave of ten working days for each child under 14 years of age. It will be calculated from the end of a parental benefit period and the amount of the remuneration paid for it will be 50 per cent of the average salary of the parent.

The Bill on Amendments to the Identity Documents Act and Amendments to Other Associated Acts (366 SE) initiated by the Government, will create a legal basis for the establishment of an automated biometric identification system database ABIS.

At present, several databases are in use at the same time in Estonia that contain biometric personal data and are located in the areas of administration of different ministries. The purpose of the database ABIS will be to create a central database on the basis thereof that will help increase the objective certainty of identification and the verification of identity.

The establishment of the ABIS database and the resulting capacity to cross-check biometric data will have a positive impact on the national internal security by helping law enforcement authorities solve crimes.

When processing the data in the ABIS database, all data protection principles will be followed and lawful and transparent use of the data will be ensured. The person is the owner of the data concerning him or her stored in ABIS, and, under the Personal Data Protection Act, everyone has the right to know who accesses his or her data.

Only officials who have a legal basis and are specifically authorised thereto will have access to ABIS database to perform their functions arising from the law. The data in ABIS will be processed as little as possible and only as much as is necessary to achieve the aim of conducting proceedings.

During the debate, Kert Kingo (Estonian Conservative People’s Party) took the floor and moved to reject the Bill on behalf of her faction. 18 members of the Riigikogu voted in favour of the motion and 59 voted against. 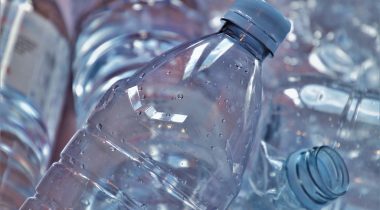