At today’s remote-participation sitting of the Riigikogu, amendment of the Military Service Act was discussed. In the future, documents would be delivered to persons liable to national defence obligation digitally through the government portal “eesti.ee”.

The Bill on Amendments to § 15 of the Military Service Act (324 SE), initiated by the Government, will amend the regulation of the delivery of documents to persons liable to national defence obligation so that data will be received digitally instead of receiving it on paper.

A document sent to a person liable to national defence obligation through the government portal “eesti.ee” will be deemed to be delivered after 30 calendar days have passed from making the document available.

During the debate, Oudekki Loone took the floor on behalf of the Centre Party Faction.

One Bill passed the second reading:

The purpose of the Bill on Amendments to the Alcohol, Tobacco, Fuel and Electricity Excise Duty Act (297 SE), initiated by the Finance Committee, is to provide energy-intensive businesses with flexibility in qualifying for a reduced excise duty.

The Bill will give undertakings who are applying for a permit for exemption from excise duty on energy and those holding it flexibility to choose the length of the period for the assessment of qualification for a reduced excise duty. While the current Act provides the possibility to assess electrointensity and gas consumption intensity on the basis of the data of the last financial year ended, under the Bill, undertakings will be able to choose freely one to four consecutive financial years to be the length of the assessment period.

The extension of the calculation period from one financial year to up to four financial years in assessing electrointensity and gas consumption intensity will give businesses greater flexibility in volatile economic environment and will reduce the impact of short-term economic difficulties on assessment results.

The post-COVID-19 economic environment has also negatively affected otherwise sustainable economic operators. The explanatory memorandum to the Bill points out a case in practice where the added value of an undertaking is strongly negative in 2020 and there is a risk that it may turn out to be negative in 2021 as well. It is not precluded that there will be more undertakings with a similar problem. As at present, nine undertakings are enjoying reduced excise duty on electricity and four are enjoying reduced excise duty on gas.

Another Bill passed the first reading:

The Bill on Amendments to the Financial Supervision Authority Act and Other Acts (326 SE), initiated by the Government.

The Bill will bring Estonian law into conformity with directives on the business of insurance and reinsurance, as well as markets in financial instruments and the prevention of the use of the financial system for the purposes of money laundering or terrorist financing.

According to a directive, the European Securities and Markets Authority (ESMA) takes over the exercise of supervision from the financial supervisory authorities of Member States in certain cases. According to the Bill, an application for authorisation to provide data reporting services will generally have to be submitted to ESMA who will also conduct supervision, except in the case of data reporting services providers benefiting from a derogation. The conditions for obtaining a derogation are provided for in a Regulation of the Commission and if a person meets the conditions, the national competent authority will exercise supervision over it. “Data reporting services provider” means a publication arrangement, a consolidated tape provider and a reporting mechanism concerning securities.

At the same time, according to the Bill, the Chancellor of Justice will be defined as a politically exposed person within the meaning of the Money Laundering and Terrorist Financing Prevention Act. It will be provided that obliged entities within the meaning of the aforementioned Act will also be able to exchange information in connection with the imposition of international sanctions, among other things. 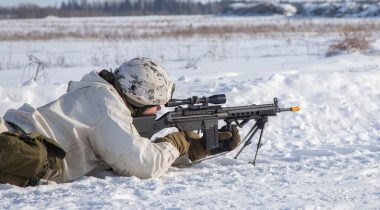