At its today’s sitting, the Riigikogu heard replies to two interpellations.

The interpellators wished to know whether the encouragement to phase out wood-stove heating was the initiative of the Government or if it arose from the European Union guidelines.

They also wished to know the minister’s assessment of what impact the phasing out of wood-stove heating would have on people’s readiness to cope on their own with various crises, for example in the event long-term power cuts.

Savisaar explained that the discussion concerned a subsidy for replacement of heating appliances with or their renovation to lower-emission or more environmentally-friendly heating appliances. The issue of phasing out wood-stove heating is not and has never been on the agenda in the European Union. “All such suggestions are a speculation,” Savisaar emphasised. He said that the Ministry of the Environment was currently developing a support measure that aimed to improve air quality. “We are speaking of a support measure that will be funded from the European Regional Development Fund and the aims of which are more sustainable energy consumption, renewable energy and reduction of greenhouse gas emissions,” the minister noted.

Savisaar pointed out that there would be no need to phase out wood-stove heating. “It is true that wood-heating stoves emit carbon dioxide into the atmosphere. However, wood-heating is still recognised as a green energy source,” the minister said. He underlined the simple fact that trees capture carbon dioxide as they grow. If a tree is burnt in the stove, the amount of carbon dioxide released is exactly equal to what it would have been if the tree had decayed in the forest. “The problem with wood-heating is the emission from the chimney, especially in densely populated areas like cities,” the minister noted.

“Those who wish to replace an old stove have the alternatives of acquiring a new stove, renovating the old stove, connecting to district heating, replacing the existing stove by an air-to-water heat pump and transition to geothermal energy,” Savisaar described the solutions. In his opinion, there are several options. The solutions depend on personal wishes and the regional specifics.

With the planned measure, the support will be channelled to densely populated areas where local heating is the main source of heating and problems with air quality are the greatest. There is a huge difference between correct and incorrect heating. “Incorrect heating causes large amounts of smoke, soot and fine particles, and the smell and acidic smoke spread around in the neighbourhood. With skilful knowledge, it is possible to greatly reduce emissions from all types of stoves and furnaces. It is necessary to acquire high-quality firewood and to get to know the process of burning wood in your stove,” Savisaar explained.

The Minister of Education and Research Liina Kersna replied to the interpellation concerning serious changes to nursery education (No. 106). 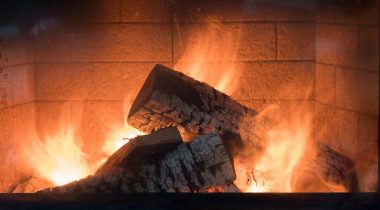