At today’s sitting, the Riigikogu passed an Act that releases from restrictions state foundations established to support enterprise in rural areas.

Under the Act on Amendments to the Restrictions on Acquisition of Immovables Act (365 SE), initiated by the Government, state foundations established to support enterprise in rural areas are included in the list of persons connected with the state in respect of whom the restrictions on the acquisition of agricultural land and forest land are not applied. As a result of the amendment, such foundations no longer need to apply for authorisation from the municipal council before buying land. The aim is to reduce bureaucracy, in order to better support agricultural producers and rural businesses who are facing difficulties due to the crisis.

At the same time, under the Act, citizens of the United Kingdom and legal persons whose seat is in the United Kingdom continue to be exempt from the application of the restrictions arising from national defence reasons in the event of acquisition of immovables.

76 members of the Riigikogu were in favour of passing the Act and nine voted against.

The Bill will update the regulation concerning the assessment of the assurance level of private-law electronic identification schemes. At the same time, the State Fees Act will be amended by providing for a state fee applied for reviewing an application to assess the assurance level of a private-law electronic identification scheme in the chapter concerning the acts of the Information System Authority.

In the course of the resolution of the security flaw of ID-cards that appeared in Estonia in autumn 2017, the need to organise the legal space concerning identity documents, electronic identification and trust services as well as the division of work and responsibility between the state agencies responsible for these areas rose.

The Bill on Amendments to the Commercial Code and the Accounting Act (digital solutions in company law) (394 SE) initiated by the Government, will transpose the relevant EU directive regulating the use of digital tools and processes in company law. The Bill will enable branches of companies to be registered online and thereby cross-border economic activities will be simplified.

The Bill will enable foreign companies to register their branches online through the Company Registration Portal. Under the current law, it is possible to register branches in Estonia only through a notary, which is time-consuming and costly. In addition to the exchange of data on companies, data on branches, e.g. on the registration and striking off the register of branches, will begin to be exchanged between EU business registers. Due to the lack of data exchange up until now, branches have been able to continue operating after the company has already terminated its activities in another Member State.

The Bill will make the registration and winding up of branches voluntary. In the future, foreign companies will be able to register their branches with the business register if they wish to disclose their data there. Up until now, too, this condition has been interpreted in accordance with EU law, i.e. it has been an option and not an obligation.

The Bill will also create the basis for the EU Member States to automatically  exchange data on disqualifications of directors of companies starting from 1 August 2023. Under the current law, there is no such automatic data exchange.

The Bill on Amendments to the Employment Contracts Act and the Taxation Act (403 SE), initiated by the Government, will create the possibility to enter into more flexible employment contracts in retail.

Under a variable hours agreement, the employee can work additionally up to eight hours per seven-day period in addition to their usual working time.

The sector is often faced with the problem that it is often necessary to change work schedules or to increase workload temporarily, which gives rise to the need to enter into contracts under the law of obligations when the volume of work increases temporarily. The Bill will create the possibility for retail sector employers and employees to enter into variable hours agreements under certain conditions that provide for an additional fixed minimum workload suitable for both parties and a flexible working time period.

Variable hours agreements enable employers to engage more labour force part-time and flexibly, thereby providing work for more people and ensuring them greater protection with an employment contract as compared to a contract under the law of obligations.

All variable hours that an employer can offer within the framework of the new agreement are voluntary and agreed separately.

The Bill provides that the employer can enter into a variable hours agreement with up to 17.5 per cent of its employees, that is, retail employers who have at least six employees can use this possibility.

The variable hours agreements regulation is established for a specified term and it will be in force for 2.5 years. The amendments have been established for a specified term because this will enable their impacts to be assessed before the end of the period, as a result of which it will be possible to decide whether it is expedient to extend the conclusion of variable hours agreements or to expand it to other sectors as well.

The second reading of a Bill was postponed

The second reading of the Bill on Amendments to the Product Conformity Act and Amendments to Other Associated Acts (372 SE), initiated by the Government, was postponed due to the illness of the presenter. 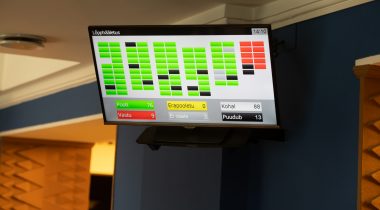