Eduard Odinets took the floor on behalf of the Social Democratic Party Faction in the debate.

72 members of the Riigikogu voted in favour of the Act on Amendments to the Anti-corruption Act (compliance with GRECO’s recommendations and restriction on the public availability of the declarations of interests of heads of security authorities) (323 SE), initiated by the Government, and 17 voted against. There was one abstention.

The Act on Amendments to the Financial Supervision Authority Act and Other Acts (326 SE), initiated by the Government, brings Estonian law into conformity with directives on the business of insurance and reinsurance, as well as markets in financial instruments and the prevention of the use of the financial system for the purposes of money laundering or terrorist financing.

88 members of the Riigikogu voted in favour of the Act.

The Bill on Amendments to the Atmospheric Air Protection Act (345 SE), initiated by the Government, will update references to the European Commission Regulations that implement the European Union system for greenhouse gas emission allowance trading.

The European Commission has established new Regulations implementing the European Union system for greenhouse gas emission allowance trading (EU ETS). The EU has also issued an implementing Regulation on the Modernisation Fund. Their aim is to enhance cost-effective emission reductions and low-carbon investments. The Regulations provide for the details of the operation of the EU ETS for the fourth trading period in the years 2021–2030.

The Bill will determine the distribution of the use of the resources of the Modernisation Fund and the ministers responsible for the use of the resources in the state budget strategy. With the measures decided in the budget strategy it is possible to direct the resources of the Modernisation Fund to sectors that are important to the state in order to achieve climate and energy policy objectives. This also enables to establish uniform bases for all applicants to invest in particular sectors in the case of each measure. Through different measures, it is possible to support the implementation of projects of renewable energy, energy efficiency, energy storage and the modernisation of energy networks, as well as a just transition to a low-carbon economy in regions that rely on a high-carbon economy, for example in Ida-Viru County. It is also possible to support the development of energy efficiency in transport, buildings, agriculture and waste with various measures from the resources of the Modernisation Fund.

Under the Effort Sharing Regulation, Estonia has mandatory annual greenhouse gas emission reduction target levels for 2021–2030 in the transport, agriculture, waste management, industrial processes and small-scale energy generation sectors. In order to ensure the achievement of targets, Member States are allowed to trade among themselves emission allowances created under the Regulation. Thus, the Bill sets out the principles of emissions trading in the sectors of the Effort Sharing Regulation and the conditions of and the procedure for the organisation of trading, sales and purchase contacts and the use of the funds received from trading, and the obligations of applicants.

The Riigikogu did not pass a Resolution

The Draft Resolution of the Riigikogu “Making a Proposal to the Government of the Republic” (317 OE), initiated by the Social Democratic Party Faction, was intended to make a proposal to the Government of the Republic to prepare an analysis by 1 May and, on the basis of that, to submit proposals to the Riigikogu for reducing the impact and wasting of money in the European Parliament elections, municipal council elections, the Riigikogu elections and referendums, including to set an upper limit on election expenditure and the volume of election advertising.

20 members of the Riigikogu voted in favour of passing the Resolution and 26 voted against. Thus, the draft Resolution was not supported. 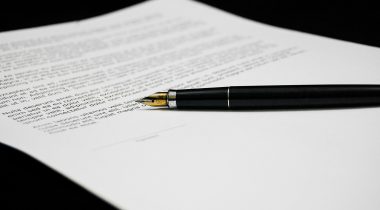