At today’s remote-participation sitting, the Riigikogu passed an Act enabling to enter into more flexible employment contracts in retail.

In the retail sector, it is often necessary to change work schedules or to increase workload temporarily, which gives rise to the need to enter into contracts under the law of obligations when the volume of work increases temporarily. Under a variable hours agreement, the employee can work additionally up to eight hours per seven-day period in addition to their usual working time. Variable hours agreements enable employers to engage more labour force part-time and flexibly, thereby providing work for more people and ensuring them greater protection with an employment contract as compared to a contract under the law of obligations.

The Bill provides that the employer can enter into a variable hours agreement with up to 17.5 per cent of its employees, that is, retail employers who have at least six employees can use this possibility.

The variable hours agreements regulation is established for a specified term and it will be in force for 2.5 years. The amendments have been established for a specified term because this will enable their impacts to be assessed before the end of the period, as a result of which it will be possible to decide whether it will be expedient to extend the conclusion of variable hours agreements or to expand it to other sectors as well.

During the debate, Marek Jürgenson (Reform Party) took the floor.

74 members of the Riigikogu voted in favour of the passage of the Act on Amendments to the Employment Contracts Act and the Taxation Act (403 SE), and there were two abstentions.

Two draft Resolution and one Bill were dropped from the proceedings

Draft Resolution of the Riigikogu “Making a Proposal to the Government of the Republic” (434 OE), submitted by the Social Democratic Party Faction.

The draft Resolution was intended to make a proposal to the Government to allocate means to the local governments for creating and implementing bicycle strategies in the state budget for 2022. The explanatory memorandum of the draft Resolution points out that the number of people using bicycles and electric scooters for daily mobility is increasing, but people moving at different speeds on narrow paths often cause dangerous traffic situations. The explanatory memorandum also says that in order to reduce the ecological footprint and increase people’s physical activity, it would be reasonable to establish separate and safe lanes for cyclists and users of personal transporters.

Raimond Kaljulaid took the floor on behalf of the Social Democratic Party Faction in the debate.

Draft Resolution of the Riigikogu “Making proposals to the Government of the Republic to reduce the price rise for electricity” (429 OE), submitted by the Faction Isamaa.

The draft provides that, in order to mitigate the increase of electricity price, the renewable energy charge to consumers has to be cancelled and the renewable energy charges to producers should be covered as a state budget allocation from the revenue of CO2 emission quotas. Therefore, a proposal was made to the Government to initiate a relevant Bill. Besides that, a proposal is made to the Government to draw up the State Budget for 2022 Bill in such a way that its revenues would not foresee an increase in the current rates of excise duties on fuel and electricity.

The explanatory memorandum states that the Bill would enable the Language Inspectorate to exercise supervision over compliance with the Language Act more effectively. In order that the Language Inspectorate would have the possibility to better and more efficiently perform the activities assigned to it and at the same time motivate the legal persons to require Estonian language skills from their employees, the Bill intended to raise the upper limit for the relevant penalty payment from 640 euro to 6400 euro

The lead committee moved to reject the Bill at the first reading. 40 members of the Riigikogu voted in favour of the motion and 20 voted against. Thus, the motion was supported and the Bill was dropped from the legislative proceedings. 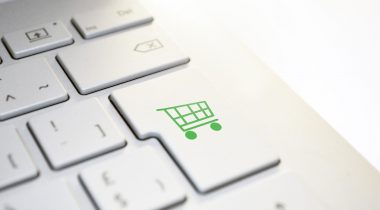