The National Family Mediation Service Act (438 SE), initiated by the Government, develops a regulation of national family mediation service. It aims to enable to conclude agreements in view of the wellbeing of children in the issues concerning the organisation of the life of the child both out-of-court and during the early stages of legal proceedings when the child’s parents separate.

55 members of the Riigikogu supported the passage of the Act and six were against.

The Act on Amendments to the State Fees Act, the Code of Civil Procedure and Other Acts (443 SE), initiated by the Government, increases the rates of the state fees for acts of the court, the business register, the non-profit associations and foundations register and the commercial pledge register, the limit for simplified procedures and expedited procedures in the matters of payment order and the limits related to the right of appeal of parties to proceedings. In addition, the terms of delivery of procedural documents and the provisions on the expedited procedure in matters of payment orders are amended.

Court officials have observed that recourse to the court is often no longer seen as a well-considered last resort; instead, applications are made to the court without previously negotiating with the other party or considering the viability of the proceedings because inflation and increased standard of living have reduced the price of the recourse to court compared to other services. In Estonia, setting up a business is very simple compared to the rest of the world, but petitions for entries are submitted in deficient form and the checking of the petitions and the elimination of deficiencies increases the work burden in the department.

In light of the changed economic indicators, a reasonable increase in the state fee rates will allow to ensure procedural economy without jeopardising the freedom to conduct a business or the fundamental right to have recourse to court.

59 members of the Riigikogu voted in favour of passing the Act, and 17 were against.

The Minister of Finance confirmed that everything was in order with the ESM and noted that, in the following year, it would be able to celebrate its 10th year of operation.

Pentus-Rosimannus explained that, at the moment, the ESM had no support programme in the active phase and no new programmes were on the horizon either. The programmes for Spain, Cyprus and Greece are in the post-programme surveillance phase. The surveillance has also identified no risks that would jeopardize the ability of these countries to repay the loans they have taken. Spain, which has already repaid early a considerable part of its loan, will continue with its repayments pursuant to the plan from next year, and in 2025 Cyprus will also start its repayments. Greece’s repayments of its ESM loan will begin in 2034, but Greece will start to repay its EFSF loans from 2023.

The Minister of Finance said that the ESM had maintained the highest ratings and was a valued and trusted participant in the financial markets. “We are continuing to allocate profits to reserves and at the moment this policy is not expected to change. More than three billion euro has accumulated in the reserve fund by today,” the minister said. She noted that the ESM was fulfilling the purpose for which it had been established and contributing to ensuring financial stability in the euro area.

During the debate, Dmitri Dmitrijev (Centre Party) took the floor. 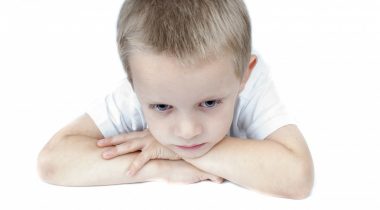